Is there a specific place to discuss off-exchanges trades? – I am interested.

I don’t think so. On-exchange trading is better for the visibility of Nu, but I can see why some shareholders prefer acquiring large amounts off-exchange given the low liquidity right now.

great, a silent group of shareholders that wants to buy my shares? im willing to sell mine
pm me for offers

I did not realize but these are rich shareholders purchasing 1 additional dozen of millions NSR, investing around 20kUSD right?

which is which potential value?

What do you expect the response to that to be? A number?

NSR was distributed at the current prices. The question is whether the total liability that has been generated in NBT is greater than or less than the total value of a year of keeping the best peg in the crypto world, in addition to several important institutional and infrastructural upgrades.

The real question is why we are not doing public, decentralized, verifiable auctions with these quiet groups of investors instead of behind the scenes escrow deals. Not that private escrow is bad, it’s just that it’s a little amateur compared to a seeded auction where shareholders are able to directly participate with NSR or NBT burns.

Still the order book at bter looks like this: 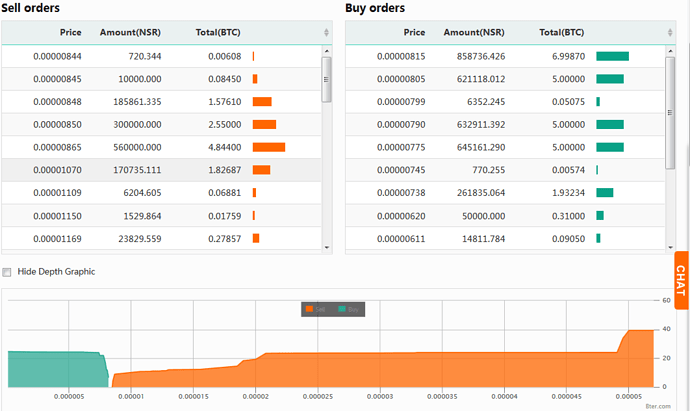 With this trade history:

and a daily volume of approximately 6 BTC!

The buy back motion signaling ppl to buy?

NuShares currently $0.001682. You’d think people would be buying in anticipation of the buybacks.

There’s barely 1 BTC of sell orders (on polo, bter and cryptsy put together) below 10 microBTC, and half of it is my sell order at 9.5 microbtc on polo. So lol at anyone selling their NSR for 8 microBTC (or less!) and good riddance.

Yes, very small volume.
If that would have been a serious sale (with volume), the seller might have chosen bter, where the buy side of the order books currently looks like this: 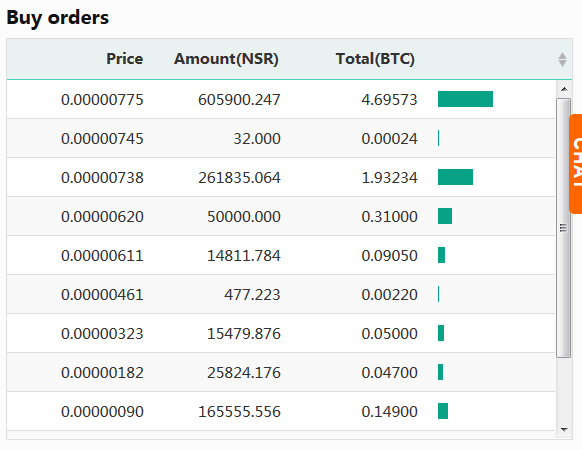 The spread on Polo has been crazy high these past couple days. However, I wouldn’t say it wasn’t a ‘serious sell’; I mean, it was still 200 kNSR (1.3 BTC) sold below 8 microBTC.

Great news for shareholders though since our goal is to maximize the number of NSR burned. I’m happy to see a shareholder cashing out at such a low price.

me guesses some bot’s algo went crazy, maybe triggered by the high wall.

A glitch at cryptsy?

If not a glitch, then that’s a huge boost for only one share buyback.

exactly $1,000 volume makes me suspicious. I can’t find the volume in the trade history, makes me think glitch. Cryptsy has for sure been pumpy and has no sell walls below 18 microbtc, so for sure the price is correct, but the volume seems fishy.