The State of the NXT platform: DIRE

I really tried to watch it (or at least a part of it), but the movement of the camera makes me go crazy!
Thank you for sharing, but I don’t have the guts to watch it, so I will have no glory… 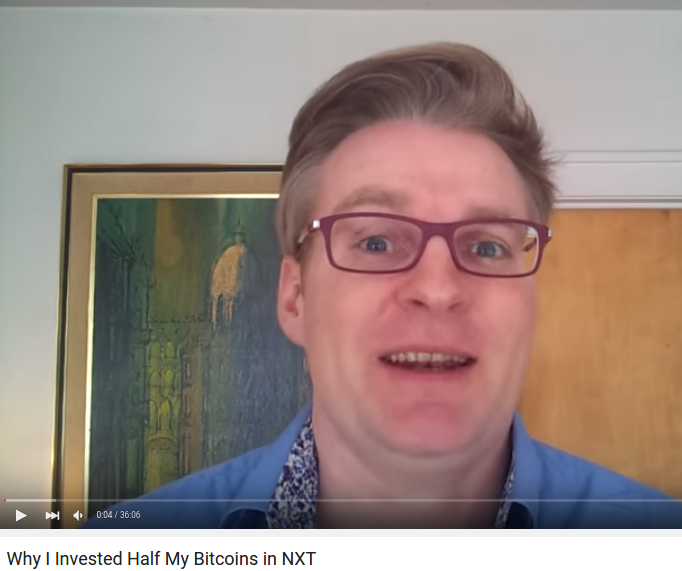 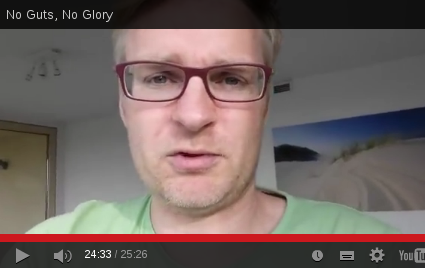 Perhaps there are some lessons to learn from the NXT failure – they are a purported POS token and I was a former investor in them back in 2013, early 2014 –

This guy makes a very confused impression - or is it just my perception?
Btw. - embedding youtube videos with start time doesn’t work at discourse

He is an early investor in NXT and invested a lot back in 2014 – I wanted to highlight the before and after.

If he was an early investor, he might have only little reason to complain - or was he not one of the initial investors, those people who recceived 1 billion NXT for 70 BTC?
Maybe the numbers are off, as I write them off the top of my head. But I think they aren’t off by orders of magnitude…

Regarding investments: the same might happen with NSR investors (facing lower NSR rates in the future). But it will be (at least to some degree) their own fault! I don’t know how decisions are made at NXT. The motions and grants at Nu are an ingenious feature!

If he was an early investor, he might have only little reason to complain - or was he not one of the initial investors, those people who recceived 1 billion NXT for 70 BTC?

He was not part of the 8 Stakeholders who received 50 million for their Bitcoin, from my study.

Regarding investments: the same might happen with NSR investors (facing lower NSR rates in the future). But it will be (at least to some degree) their own fault!

Please elaborate why – this is very important

it is obvious. shareholders are responsible for NSR course and value by their voting

The tier 4 management discussion that was initiated by @JordanLee is one of the last steps towards bringing all Nu (financial) resources under full control of NSR holders.
They will then decide what to do with funds, when and how.They need to create a framework, a rule set to enable the fund managers act quickly if action is required. Waiting for a standard motion to pass before funds can be released might take too long.
For that reason NSR holders should define by a motion under what circumstances the fund keepers do what.
I can imagine that this motion which defines the rule set of tier 4 fund management deals with a term that allows quick decision making in “special motions” which pass much faster than standard motions (e.g. 201 of 400 blocks to name an extreme). But that is completely up to the motion that defines the scope of action of fund managers. Please take it just as an idea that might or might not be discussed in the related thread.

The FSRT might need to be reworked as well to bring it under control of NSR holders.
Back when the FSRT was created the Nu community was not organized well enough to handle this in a decentralized way.
The tier 4 management discussion will show whether the community is now organized enough.
If it proves to be organized enough, NSR holders would do well to move the FSRT funds to multi signature that are known by (forum) name and number.

From then on, NSR holders will be in full control.
They will steer this corporation (financially). They will fund development, etc. contract and pay people like @JordanLee and the other developers.
I hope that @JordanLee continues to guide the ideological development.
Nu started with a lot of control in the hands of few. Those few have from the start motivated the NSR holders to take over responsibility.
The community has evolved.
Decentralization is near!

As much as NSR holders will then be able to decide the fate of Nu, they will be responsible for it.
The majority will decide - good old direct democracy!

That is indeed key – if we manage to be functional and absolutely decentralized in all aspects of our operations, that would be a first in Human History.

I fear, this one did invest more that he can afford to lose.
He sounds like he’s deluding himself, trying to find some consolation by talking into a shaking cam - makes me in a way sad…

The thing that really shocked me: I thought it would be pronounced “next”…

From the title you can estimate why this investor sounds a little bit desperate.

I have still some NXT floating around. Stopped looking after it as I had to update the wallet too often. I suspect I’m at least two versions behind having updated 4 months ago. It is clear that NXT has a formidable competitor in Ethereum where most people are flocking to as it is flash and new.

The takeaway from this is for me that it is very difficult to have sustainable cryptocurrency with a sound underlying business model. During IPO there is a lot of money and potential but none of the launched coins have been able to come even near 10% of Bitcoin’s marketcap in the last two years or create a profitable model for the long run.

It looks like that the development costs outweigh any profit which can be made with marketcaps in the longer term. Like the internet a larger chunk of profits are not in selling internet subscriptions or .com addresses as some thought in the late 90s, but in actual applications and business models.

The infrastructure needs to be there. We have NBT and NSR which I compare with selling the makeup of the internet (e.g. cables, routers, etc.). Whereas B&C is going to act like an ISP. More interesting opportunities should follow thereafter when real applications become more widely available e.g. bank like products and ledgers representing physical goods with sound and recognised ownership governance.

NXT (and Ethereum) has been trying to be everything. They have a few interesting ideas which will provide a base for others to specialise and market. They are just too immature and too early given the adoption cycle of cryptocurrency in general. It is similar as that you would have been trying to send an email to all your friends in the mid nineties inviting them to your party in a few hours. Most of them simply didn’t have one, so no big party that night. A snailmail would arrive at least the next day!

Will stop here, I’m digressing but I hope you get the hang of my post

Cybnate is correct. the crypto world is full of speculators “stock traders” and very few entrepreneurs
that are trying actually to build something useful. it is very early for them but they will get people’s attention eventually.

By the way, this investor (Marc de Mesel) was dancing over Bitcoin’s rise to 1000 USD almost 2 years ago.
It was party time. It seems that it is easy to shift from joy to sadness in investing if you do not rely sufficiently on rationality.

That guy really is entertaining 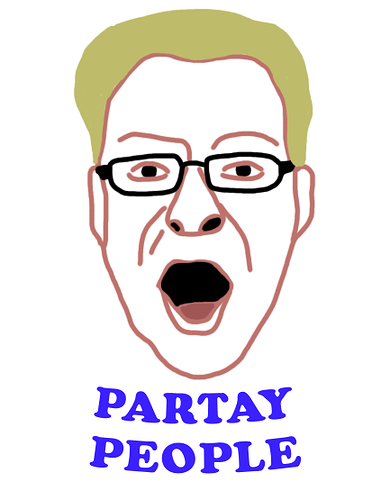 Well to be honest I have been following him for almost 1.5 y in order to understand about the type of investors that invest in NXT.

And what conclusion do you draw from that?