The voting is begin. The motion hash is:

As NuShareholders ourselves, we have always been thinking about how to contribute to NuBits’ success in the fiercely competitive crypto-coin market. In our opinion, the right direction that NuShareholders should go at current time phase is to bring NuBits as many new users as possible. Let us count the reasons why a potential new user who is not a NuShareholder wants to use NuBits.

Admit it or not, the second reason is the major one for some one who is not a NuShareholders will find NuBits useful, and I also believe it is the right direction NuShareholders should mainly work on in short or middle term.

However, most investment activities happened on exchanges. There are two problems. 1) When people trade NuBits on exchanges, they make little contribution to NuShareholders because they don’t need to make NuBits block chain transactions. 2) People who maintain their investment portfolio on exchanges can easily use USD as cash in their investment, because most of exchanges provide such thing and it has no difference with NuBits as long as you don’t withdraw them. As an attempt to address those problems, we create NuLagoon Tube. Then how we can do more on this direction and go further.

Actually, we can create more attractive investment instruments on NuBits and even create an exchange on NuBits. Let people invest and trade on those instruments by using NuBits and consuming NuBits. Just similar to what B&C Exchange will do to BKC in future. As you probably want to ask, are you talking about NuLagoon Pool A, C and D you created? Indeed, Pool A, C and D are such kind of investment instruments, and they do have the potentials to attract new NuBits users. But let us go further.

a) $10,000 in NBT upfront will be paid after the motion is approved and passed by NuShareholders, 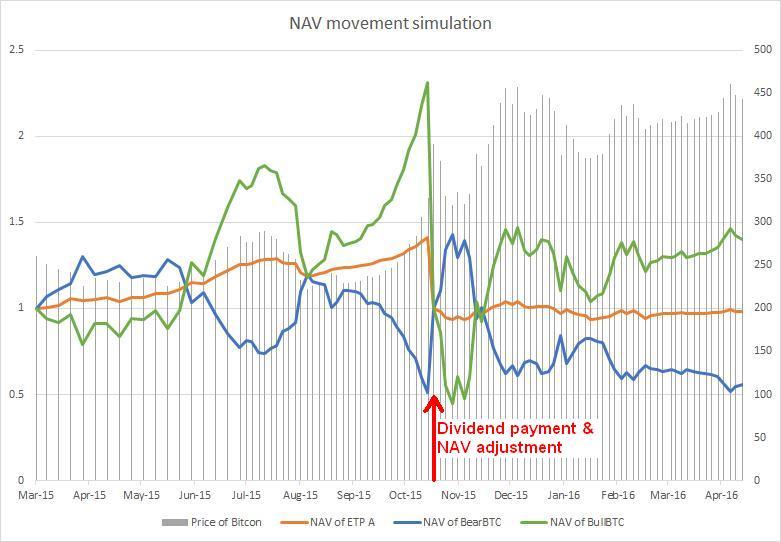 The following is a very rough demostration of how the exchange web UI will look like. As you can see, it just like traditional exchanges, except orders are submited by Nu Client instead of web UI. 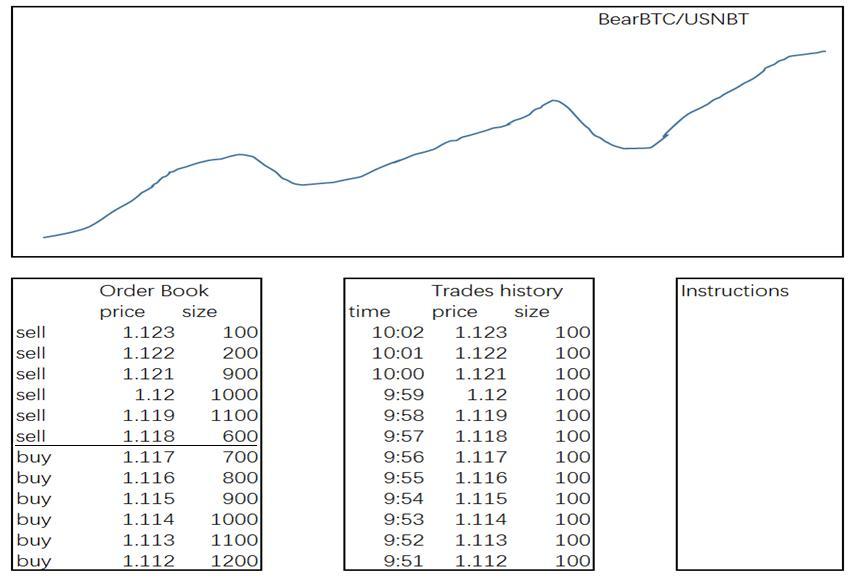 update: more info about the grant

I’m confused as to why this is nsr. I showed about 9 months ago that given even a beneficial nsr/nbt price, shareholders prefer to pay debts in nbt rather than nsr. This seems like a big project, and I am worried you’ll sidetrack discussion by making it an nsr grant rather than an nbt grant. Look, i already sidetracked it.

Yes, you are right. Grant NSR or NBT is only a small part of the whole picture. But let us clarify this part.

From NuLagoon’s point view, NBT has better liquidity, less risk, and of course is acceptable. But we prefer NSR because we would like to treat our work as investing, instead of earning wages, then we will have more passion on it. Moreover, we will be managing other people’s money, there is default risk on our side. If we default, we will badly damange the value of NSR in our holding. So asking for NSR grant will bring more faith to my co-workers and also bring more confidence to ETP users.

At the risk of sidetrack the discussion again, we think NuShareholders should be more open to continuously optimize the share distrubution of Nu. For example, it will absolutely do better to Nu’s future if we pay NSR (or half NSR and half NBT) to core developer and well-established Nu service operated for over 6 months if they want NSR.

For example, it will absolutely do better to Nu’s future if we pay NSR (or half NSR and half NBT) to core developer and well-established Nu service operated for over 6 months if they want NSR.

Why not buying NSR at exchanges (with granted NBT) and creating some NSR liquidity (even if only buy side) then?

Why not buying NSR at exchanges (with granted NBT) and creating some NSR liquidity (even if only buy side) then?

Because we want to welcome and encourage some of people to be NuShareholders so they can contribute to Nu better and longer. Let them to buy NSR in an illiquidity market themselves imposes extra costs to them, and absolutely not like a warm welcome from NuShareholders.

Of cause, we only pay NSR if they ask for NSR. They ask for NSR means they donot need to cash it out immediatly for some real-life obiligations, otherwise, they will choose NBT, which is much more easier to cash out. So generally speaking, NSR won’t suffer dumps after it is paid. It is a win-win situation.

What nsr/usd price will you use?

What nsr/usd price will you use?

Some market price easy to find and verify. It’s better to use average price instead of latest price becuase the tradding volume of NSR is not much.

How about: the 24 hours average market price at payment day.

But we prefer NSR because we would like to treat our work as investing, instead of earning wages, then we will have more passion on it.

I appreciate the thought you’ve put into this proposal, but I won’t be swayed by appeals to emotion. Shareholders should always prefer paying in NBT because it is a stable, known USD value. There is no risk of the value of the contract fluctuating wildly.

There is functionally no difference on your end between earning NBT and then buying NSR, or being granted NSR. However, paying in NBT assures shareholders that their equity will not be diluted (a huge perception problem right now) and that the USD value of the agreement remains stable.

This is very easy to manipulate by as much as say 50%. What’s more, the time it takes an nsr grant to pass can easily see variations in price of that much or more. If you do something like promise a prive 50% lower than market price, you can see how that would be unappealing as a contract.

You have a big store of nbt right? Maybe make a separate motion to burn nbt and be granted nsr at a particular price? I would go for that, as it simplifies everything down to the price and volume so we can haggle like civilized folk.

All right, if NuShareholders much more prefer paying NBT, we will try our best to be flexible. After all, this should not be the critical issue in the motion. Let us move forward.

So we updated the motion to accept the payment of NBT, and slightly increased the amount by 10% to reflect our preference.

We added two pictures into the thread. Hopfully, this can clarify some confusions. We would like to say that we have been thinking it for a quite a while, we are confident it will be a successful project. Feel free to ask any questions.

I’m having a devil of a time with the flow. It starts out with them as pools, then moves to shares. Are the shares just a central ledger on NuLagoon servers? The first point says “money from the sale of NuLagoon ETP A will be used”. Is this like an IPO, or are you avoiding that language? How will the custodian reward be split between the liquidity pools and the etp?

It’s a really great idea to create a leverage market off of NuLagoon. How will the ETP interact with the other pools? Could this service be separated from NuLagoon? If so, what are the benefits of doing it as a NuLagoon service as opposed to a stand alone third-party thing?

Edit: Is there any way we can make it so people can sell BullBTC and BearBTC on an exchange like poloniex? The private key would be the private key to the submitting NBT address, right?

In the plotted simulation, how does a ETP A holder make money if having the same amount of bull- and bear-btc ? Where is the dividends from? How does NuLagoon profit from it?

Don’t hold 50/50. Dividends come from custodial grants and when the pool makes money trading (or negative from losses). Once you put your money in the pool, sell bull for bear if you think btc is going down and sell bear for bull if you think it’s going up.

So ETP A can be understood as a tool made to create liquidity?
Imagin you make a casino. bull- and bear-btcs are chips sold to players.

My question is why not do this for all the pools A, C, and D. If you hold 50/50 bull and bear, isn’t that just the same as holding shares in pool A?

Shares are central recoreds in NuLagoon, howerver, that just for the purpose of convenience. Because the records is strictly built according to data on Nubits blockchain and formulas published in the “specifications”, Any one can verify or build it by themselves.

Custodian fee are shared according to the proportion of total assert in each pool. Pools also share the risks derived from Nuibits liquidity operation. Therotically, they can be seperated.
Bull/BearBTC can be traded on other exchanges, even including BCE, there will be some work of api implement

Nagalim said exactly. Purchase and redemption always go with 50/50. But you can trade BearBTC and BullBTC seperately with NBT on exchange, which of cause no restrict on what and how many you trade.

Dividends come from the shares which have experienced huge value appreciation, however, just like any stock dividends, itself doesnot increase value of user holding

I’m not fully on the up and up with pool C, but can you give a quick reason why it couldn’t be upgraded to an ETP C? Upgrading to ETP is basically just means taking bets on the pool performance.