Just saw this. I wonder how it compares with Nu… 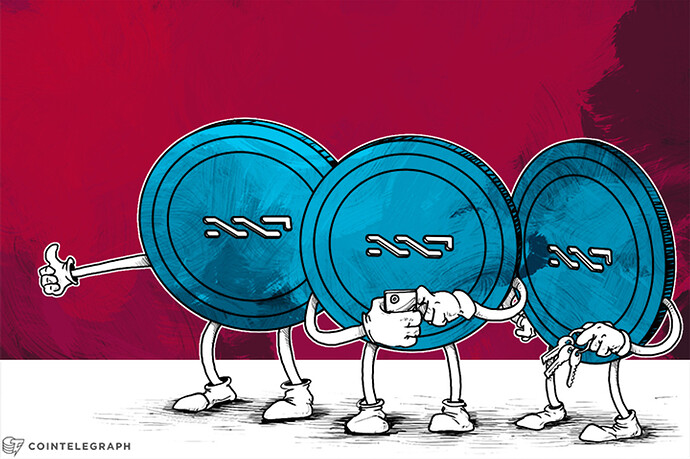 NXT, the 2.0 blockchain platform, has released a bundle of new features in their latest 1.5.10 release

Check out these photos. It seems a lot more advanced than what we have, although I don’t know how it functions…

From a user interface perspective, definitively to get inspired from.
Though I am not sure about whether or not their PoS is really secure.

The NXT Voting system doesn’t place many controls on who can vote. A minimum quantity of NXT needed to vote can be set and it is possible to eliminate duplicate votes from the same account (although I don’t know if NXT actually does this). However, there are no other methods to ensure the poll results represent the proportion of stakeholders that support a particular course of action. I don’t think they are pretending it can be used to poll shareholders about network related initiatives, because there are a variety of simple and inadvertant ways to skew the vote far from what the stakeholder consensus is. I saw a suggestion by Kyle Torpey that it can be used to vote in shareholder meetings or in national elections. Those applications are entirely impractical. I can’t think of a practical application that is clearly outside the realm of entertainment.

Phased transactions aren’t likely to have any more practical use cases than those served by multisig transactions which can take place on most blockchains, including our own.

The Nu network’s motion voting system is very carefully designed to consistently and accurately reflect the consensus of minting shareholders using the principle of one share equals one vote. Peershares employ the most advanced and practical voting system in decentralized finance.

Peershares employ the most advanced and practical voting system in decentralized finance.

By comparing with other platforms, I think so too but why on Earth is it still largely unknown or should I say deliberately ignored?
The explanation I came up with is that Peershares is too disruptive and is too much ahead so much so that when you acknowledge it you need also to discard what you are doing for it would appear too inferior

EDIT: I would add that NXT has a lot functions that pretend to do what they are supposed to do, such as decentralized exchange, stable crypto, decentralized messaging system but it seems that they have not gained any practical traction beyond the mere curiosity level, unfortunately. Please correct me if I am wrong.
However, I think Nu has to learned from NXT in terms of user interface as I said and marketing probably.
What do you think @tomjoad ?

I’ve admired NXT from their start end of 2013 when I got their highly experimental and wobbly wallets at that time and joined their community at the same time as I was joining Peercoin. Not because I thought NXT was a brilliant coin, but just their innovation rate and obviously a relatively large number of people and resources behind it, made it interesting to be a part of. Not all innovations are great but they seem to launch 10 of them and they will have one or two worth it progressing.

Their Java interface makes it a lot easier to play with GUIs and generally makes it more user friendly and recognisable as just another App. That is a huge plus given that average Joe is still not on crypto. The main issue with NXT and Monero and the likes is that they have chosen for another type of blockchain than Bitcoin which creates all kinds of challenges for developers used to the Bitcoin ecosystem and with that usually higher cost for integration and App development.

After Bitcoin, I think this ecosystem is something to keep a watch on. I’m sure they watching us too

How do they differ?

How do you evaluate the robustness of their PoS?

Doesn’t NXT also follow the philosophy of Ethereum, meaning everything under one blockchain, rather than the modular approach of Sunny and Jordan? Also, Mably mentioned in Peercointalk chat today that Monero’s blockchain is already 10GB in size after only one year, not good.

Peershares employ the most advanced and practical voting system in decentralized finance.

It seems to me that there is a major constraint though: you have to be actively minting and own a substantial amount of NuShares to be able to vote. There is probably way for improvement in this area. But still a major feature I would like to see implemented in Peercoin one day.

a substantial amount of NuShares

You need only 10k nsr which is only 20usd right now.

a substantial amount of NuShares

You need only 10k nsr which is only 20usd right now.

The more shares you own the more chance you have to mint (and vote).

I’m refering to Peercoin here where small stakeholders can wait several months before being able to mint.

The more shares you own the more chance you have to mint (and vote).

You need only 10k nsr which is only 20usd right now

Couldn’t be the case that one day Nu diff. gets too high for 10k to be able to mint and vote?

What if in this case? motion to modify the diff. parameters

Couldn’t be the case that one day Nu diff. gets too high for 10k to be able to mint and vote?

I think it will always be possible to mint with 10k chunks… but don’t ask me about the probability in a certain time frame.

Also, I think there is a real lot of all existing shares minting already (don’t know the exact numbers here, but it was higher than peercoin), so where should that spike in PoS diff come from?
Massive NSR printing?

Would be interesting to have that 10k nsr mint probability over a 10k blocks period at current difficulty calculated.

Do we have any probability experts around?

If difficulty increase, it would be even less.

Thanx for your explanation @mhps.