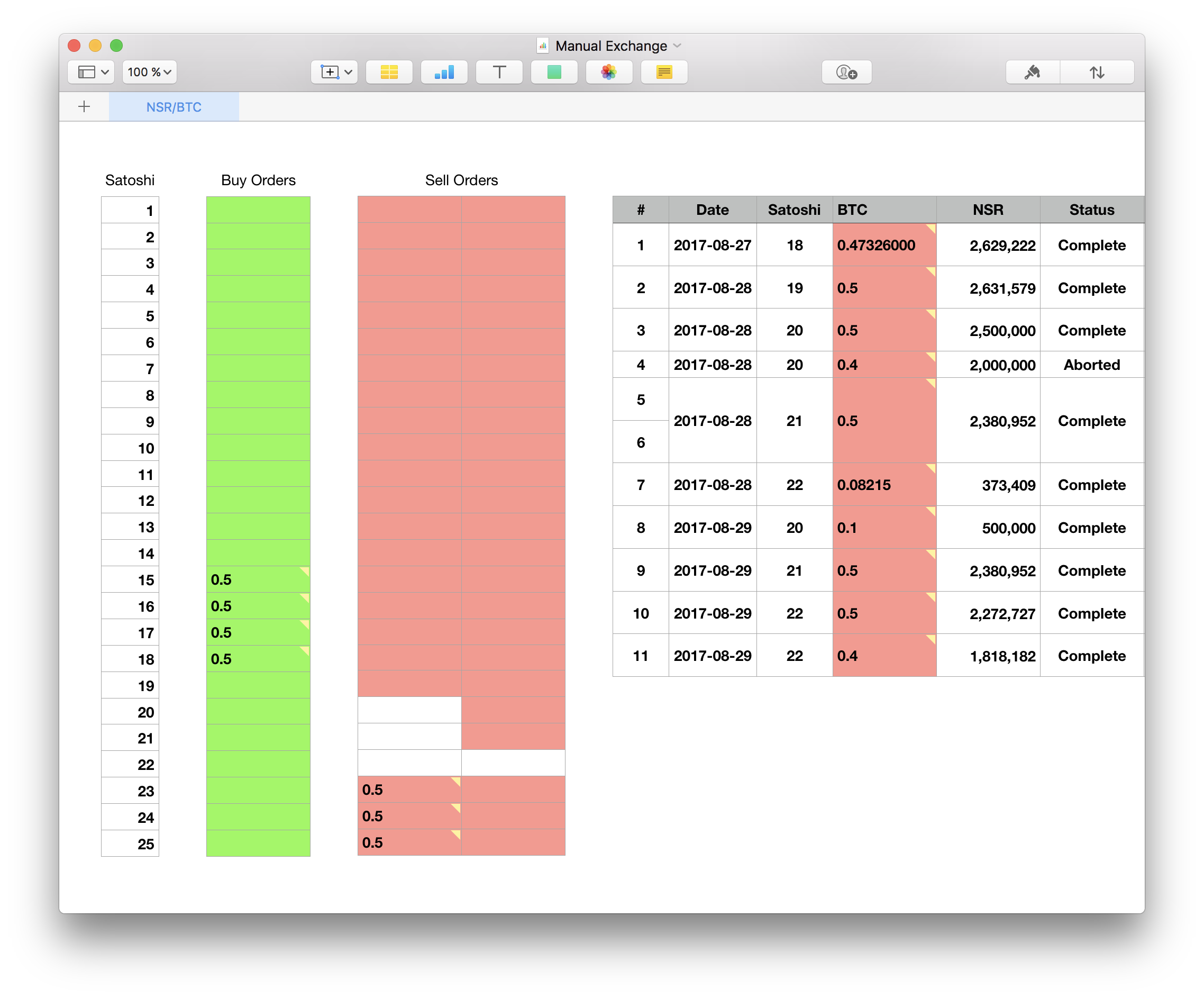 Rather than posting screen shots occasionally, might it be easier to do this as a Google sheet that can be published as read only so that people can see updates close to real time?

It’s a good initiative given the poor situation with exchanges - hope more people start using it so that there is sufficient liquidity.

Because of how I’ve structured it, keeping track of identities would become more error prone. I’m sure there’s a way. This is what I came up with spending the time I considered appropriate. If someone shows a practical example of how I could run the manual exchange better without much overhead, I’ll try to employ that technique.

I too hope we see more participants. Alcurex is partially back up, thankfully. Deposits are online, but withdrawals seem not to process. We perform buybacks at the lowest available price.

it would make a lot more sense to use Bisq for this “manual exchange” in true decentralized manner.

hm… but it would make front-running harder, wouldn’t it? Not sure if that’s the right way to go then.

I think you focus on the wrong part, There’s for sure some money to be had from front-running.
But the most money is to be made by the guys that had lots of NSR, filled the asset store with BTC buying NBT, who then dump the NSR in the NSR buybacks and dump the NBT as long as there’s enough BTC left leaving Nu with an empty reserve and another cycle of urgent NSR sale at insanely cheap rates.
I know, I sound boring. Nu already had that.
But apparently not enough of it.

Please show an example of how the procedure for an order book using Bisq would look. 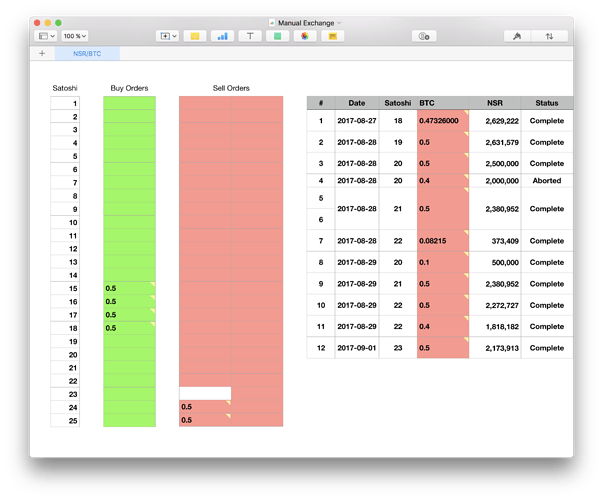 There is more liquidity on Alcurex than in your escrow OTC exchange. What is the rationale for even having this manual option anymore?

What is the rationale for even having this manual option anymore?

Withdrawals of NSR at Alcurex are still not enabled. This means NSR at the Alcurex market remain temporarily isolated. The manual exchange should continue until that changes. 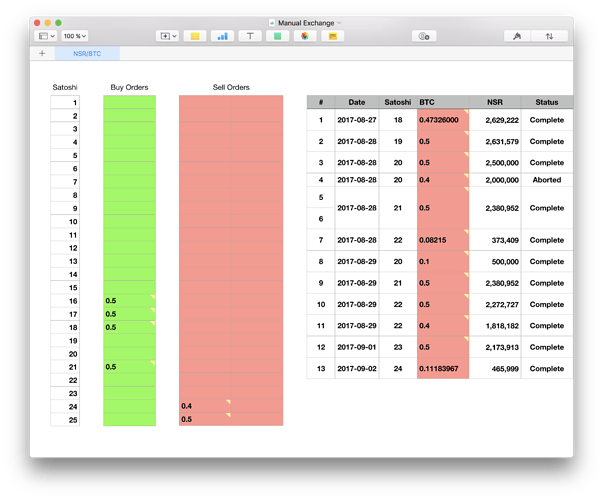 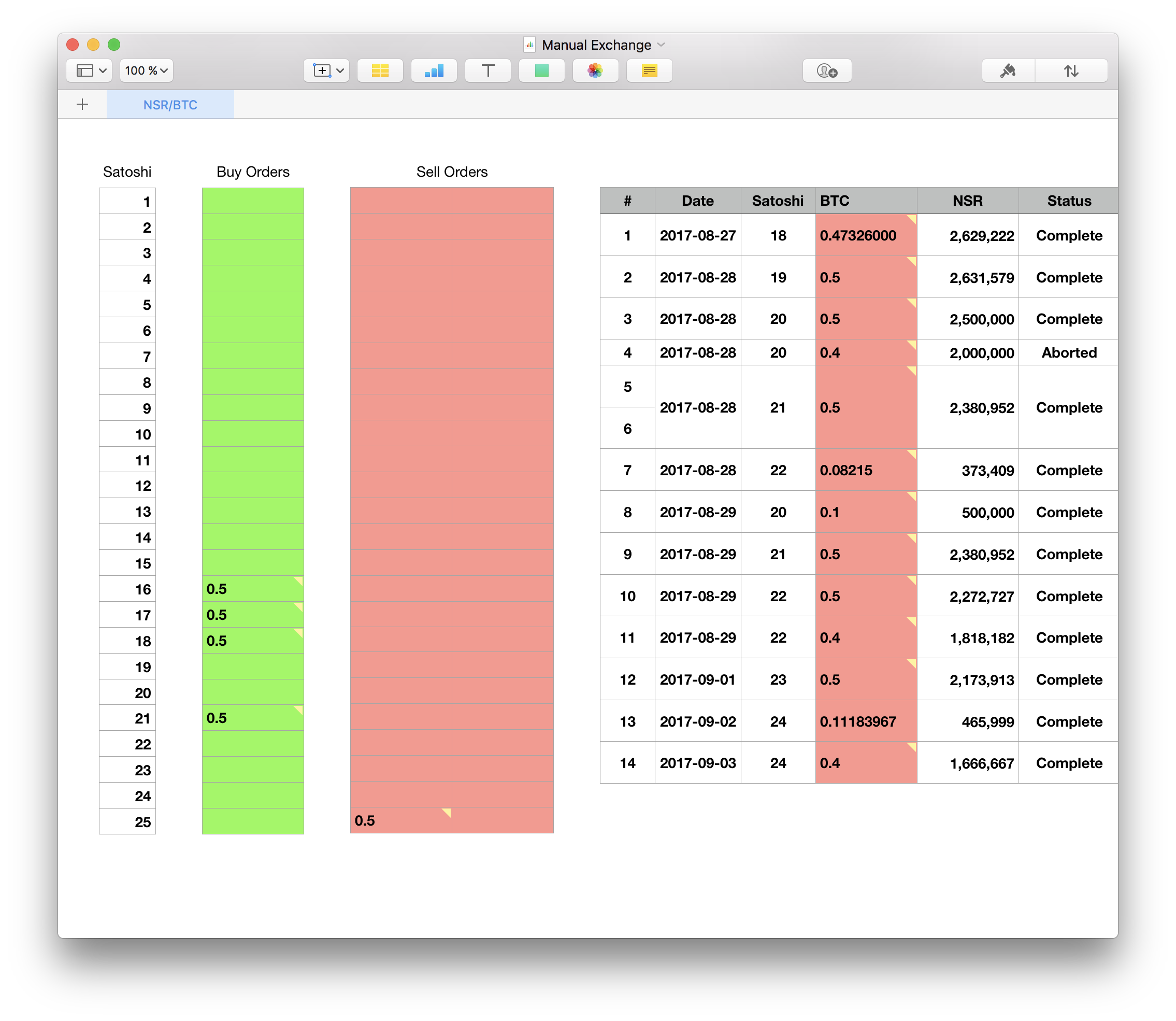 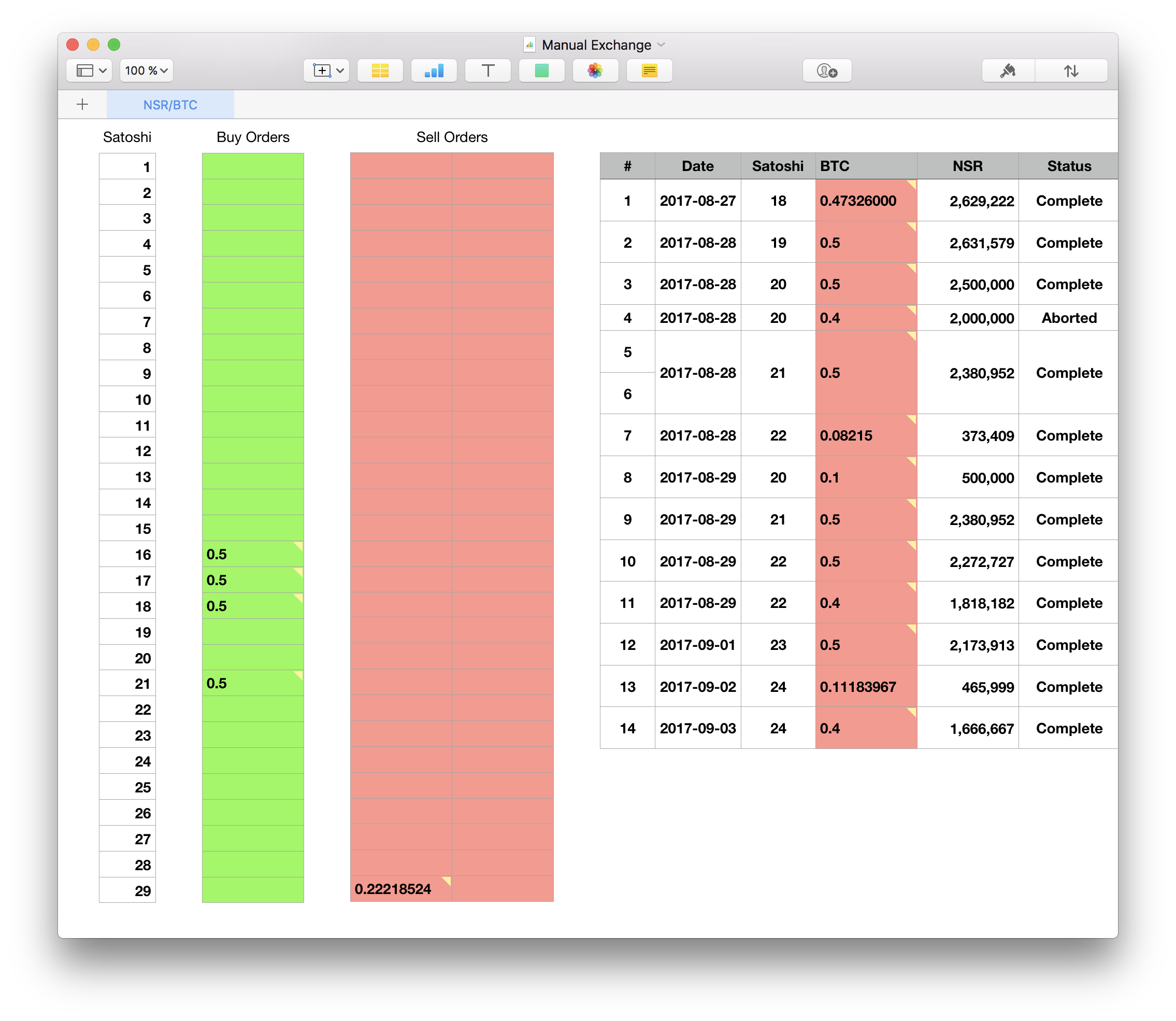 Exceptions to the 0.1 BTC step rule can be made for the remainder of escrow balance when exchange activity is low.

It’s been 4 days since this was updated. Do we need to pass a motion for you to update this more frequently or to provide information about trades that occur? Right now it’s basically just your own private dark order book.

@lissajous what the heck are you talking about? “Private dark order book”?

Nu is arguably already the most transparent financial institution in the world.

Sorry for the lack of updates. Manual Exchange has seen low activity. 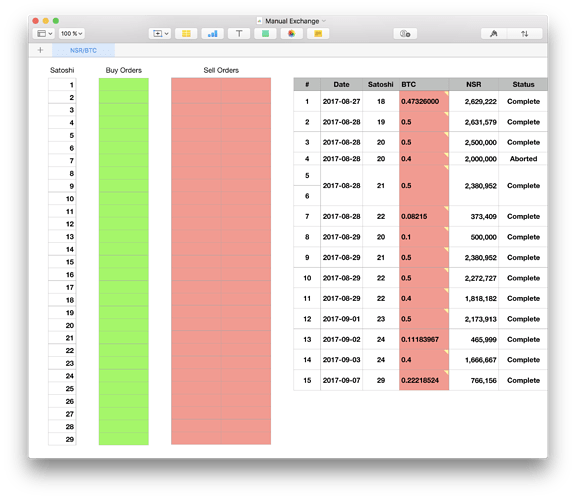 hey @jooize, no problem. People here are used to lack of updates. Any chance you could provide an update about B&C shareholders’ reimbursements?

No activity in Manual Exchange since last screenshot.

As the Novaexchange listing means we have a fully functional exchange in addition to Alcurex, the Manual Exchange is shut down effective immediately. Any remaining balances will be withdrawn to specified addresses.