Speaking of ALP you need a better incentive for such Bitcoin rollercoaster times. 7.2% per month just doesn’t compensate 15% loss in 48 hours. Fixed cost will help.

Absolutely – we cannot expect people to join Nu (pool participants) if there is not the right financial incentive -
“No money to make, no interest”

That’s what kept me busy.

@henry, can you move NuLagoon funds to the Poloniex buy side?

Yes, we can. We will move 10 BTC to poloniex today.

@henry in the next week or two, if you want to balance $2,500 for NuLagoon or NuLagoonTube at a 0.1% offset from our settled price, I’d be happy to oblige. I’m still trying to achieve proof of usefulness, so I’m down to trade with you at the minimum markup.

Make sure that the offeset is at the allowed limit - a too close offset will make those BTC go soon to traders.
Maybe a slight asymmetric offset, to stay within the allowed spread, while making BTC slightly more expensive than NBT helps…

We recommend NuLagoon Tube to be used by both NBT traders and Nu Liquidity operaters, because it works automatically. Now we are very short of manpower and can’ t afford to much manual work. Your understanding is very appreciated.

We will reduce Tube’s transaction fee and spread soon.

My contract disallows me from using T3 funds in NuLagoonTube. If you wish to buy NBT slightly above $1 or sell NBT slightly below $1 (i.e. if you’re looking for an arbitrage) please consider coming to me rather than using another pool and eating the spread. I understand you are short on man power and this is not meant to be an additional obligation for you, I am simply giving you another alternative for balancing NuLagoon at extremely close to $1. My T3 operation does not seek to rebalance itself in the conventional sense, as it puts that responsibility solely on the FLOT.

It’s nice to see BTC bounce back before any buy back has occurred and only a small expenditure of FLOT buyside.

Situation is starting to get dire again, especially on Poloniex:

NuPool buy side is almost empty:

The Poloniex NuBots still have buy side funds left (at the time of writing close to 40 BTC valued $16,000). We’ll find out whether the concept of having at least 1% spread in the NuBot settings pans out or not. I plan to stick to my announcement of operating the NuBots more passively than in the recent days (beginning Friday last week).
Up to $10,000 BTC are on order simultaneously (as long as funds are available), albeit with a paremetric order book, having only $2,500 at 1% offset; the next order has at least 1.2% offset.

Looking only at the balance of the sides, I’d call it an emergency. The NuBots make me almost confident that Nu can handle it.

I encourage everone who differs to ping the FLOT members which are eligible of signing the 10 BTC deposit request, but haven’t done it so far or to create an additional deposit request if the amount is considered insufficient.

All relevant information can be found here: FLOT BTC Operations (buy side)

Yet no nupool providers have approached me about selling their NBT. But then again, why would they? They have literally no motivation to rebalance with the sell side being under target.

I couldn’t agree more.
And once again I wish we had fixed cost scheme already.
I won’t make any panic, though. I just can’t any more.

I won’t make any panic, though

No balance from NuPool left, no other LP in sight, yet the NuBots seem to defend the peg - as good as they can: 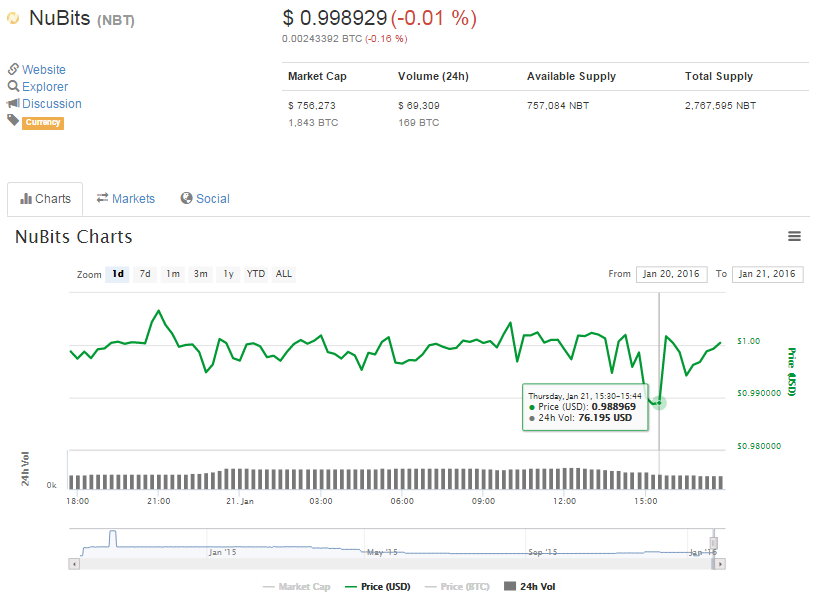 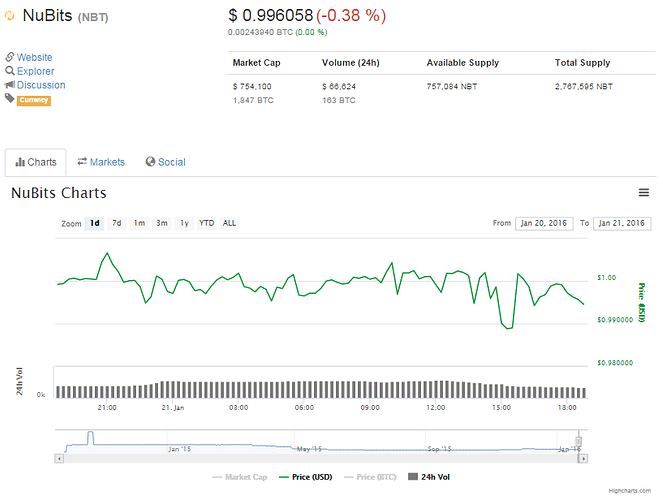 Only I don’t know what another rollercoaster would do. There are de facto (almost) only Nu funds in the NuBot accounts keeping the peg at Poloniex at the moment - and that moment already lasts for a while.

Current status of the NuBots after the recent BTC price drop:

…the unwanted dual side bots: 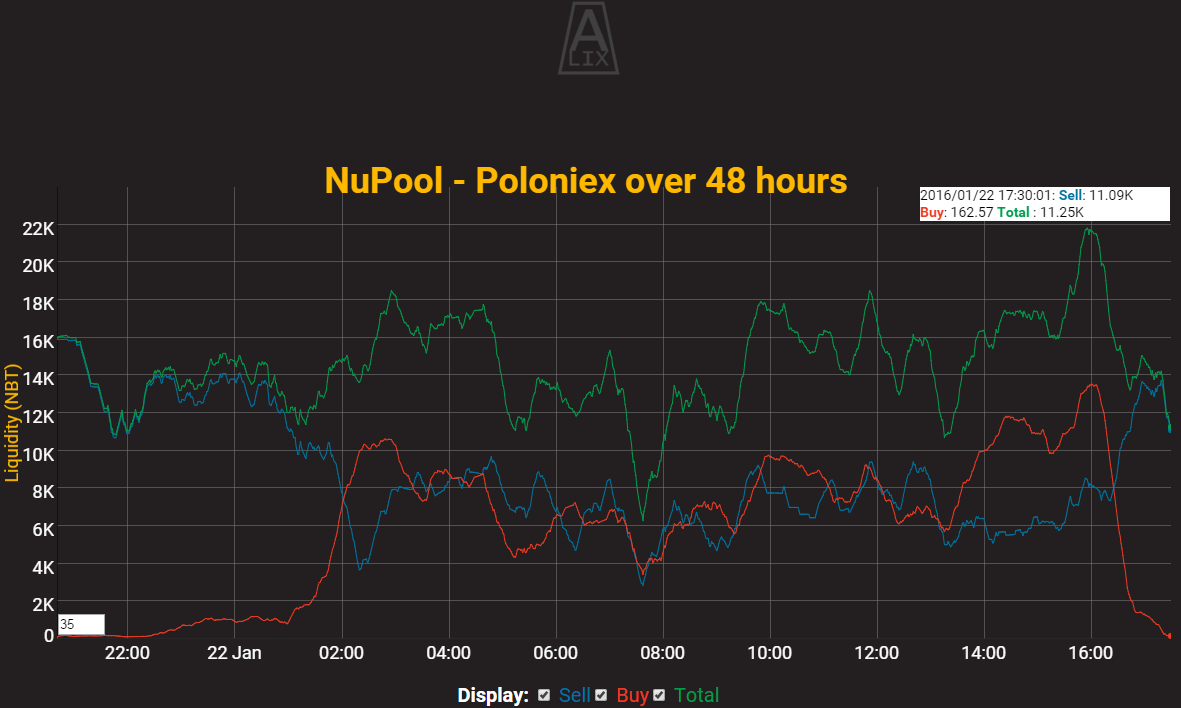 Despite the 3 feed providers all mentioning your motion…

By the way, my understanding is that the liquidity broadcast by the dual side bots is at T2 level because if it was mentioned in the order book it would be broadcast as T1.
However the bots are running so they might be putting orders in the order book!.
Could you clarify for shareholders like me?

It’s broadcast as T1 and T2, getliquiditydetails shows that.
The output I posted above shows the totals (T1+T2) to keep an eye on the NuBot total funds.

Remark: even T1 orders of the NuBots are with offset 1% often outside the window ALix reports.

So at least it is included in https://raw.coinerella.com/?liquidity .
Also, that means some of the orders put by nubot (at least in your case) are still not broadcast as T1 because you chose to broadcast some of it as T2 according to my interpretation of [this] .(Current Liquidity).