A prominent group of Bitcoin developers are attempting a hard fork

The price of Bitcoin just dropped >$25 within minutes in response.

"We are hard forking bitcoin to a 2 MB blocksize limit. Please join us.

The data shows consensus amongst miners for an immediate 2 MB increase, and demand amongst users for 8 MB or more. We are writing the software that miners and users say they want. We will make sure that it solves their needs, help them deploy it, and gracefully upgrade the bitcoin network’s capacity together.

We call our code repository Bitcoin Classic. It is a one-feature patch to bitcoin-core that increases the blocksize limit to 2 MB. We will have ports for master, 0.11.2, and -86, so that miners and businesses can upgrade to 2 MB blocks from any recent bitcoin software version they run.

In the future we will continue to release updates that are in line with Satoshi’s whitepaper & vision, and are agreed upon by the community.

This project began as the work of Marshall Long, Olivier Janssens, Ahmed Bodiwala, Jonathan Toomim, Michael Toomim, and Gavin Andresen, but we hope it includes you too, soon."

The FLOT is aware of it and prepared.

Sorry for interrupting the NuLagoon Tube (NLT!) discussion with this. The flash crash of BTCUSD seems to have increased the demand for NBT - I’d have expected the opposite: …at least if my tired eyes don’t misinterpret the outputs of ALix and the broadcast liquidity information. Can a FLOT member (or anybody else) please create a Cointoolkit tx to the Poloniex NBT entry gateway deposit address? Doing that on my mobile phone is less than inconvenient. Pinging @Dhume, @ttutdxh, @jooize, @w…

If both branches of bitcoin fork survive and most exchanges offer both for trading, will Nu have to put up pools for both?

Nu can do whatever we want, depending on how exchanges deal. We’ll probably have btc on both forks, so sure.

Does that not mean the BTCUSD price gets halved if the hard fork creates 100% inflation?
Choppy water ahead for Bitcoin!

it means BTCcore -> $0 and BTCclassic -> moon. But then, that’s an economic majority, isn’t it?

BTC classic does not seem to be likely to be adopted since it would need to get 75% of mining power to take control it seems.

That info graphic says 75% are down with 2 MB in theory.

BTC classic does not seem to be likely to be adopted since it would need to get 75% of mining power to take control it seems.

They can still fork.

The disaster would be if they ever did pick up 51% power. Then the chains would merge and would ripple back all sorts of transactions for who knows how long, aka: Armageddon.

Both teams would have to checkpoint a block from after the fork to make sure they never merge.

Edit: Armageddon presumes there being some sort of future compatibility between the chains

His complaints are unreliable transaction fees, centralized mining power, and an inability to come to consensus on contentious issues like block sizes. All are problems that our Nu network has solved.

‘But despite knowing that Bitcoin could fail all along, the now inescapable conclusion that it has failed still saddens me greatly. The fundamentals are broken and whatever happens to the price in the short term, the long term trend should probably be downwards. I will no longer be taking part in Bitcoin development and have sold all my coins.’

How is Nu going to scale and cope with the block size issue if encountered along the way?
What is the lesson here to learn from the bitcoin experiment?

What is the lesson here to learn from the bitcoin experiment?

I think a main lesson is that Bitcoin has no ability to arrive at consensus on issues that are controversial. That lack of flexibility is one aspect of why it is an inferior design.

Nu has motions, which means that shareholders can always vote through the blockchain to voice their opinions, without having to attempt a hard fork each time. If we began seeing full blocks, I would think that shareholders would vote to raise the capacity. As Mike said, it will be less and less of an issue each year to scale up, as long as technology and bandwidth limits continue to improve.

The blocksize issue is a fee issue.
https://wiki.peercointalk.org/index.php?title=Preventing_Network_Spam

How is Nu going to scale and cope with the block size issue if encountered along the way?

At the end of the day, what matters is not decentralization per se but finding a consensus in a trustless way over the internet I believe.
If Nu shareholders decide to have a few very big nodes that somehow process most of the transactions (because small nodes cannot keep up with bigger and bigger blocks) rapidly and in a “multi-sig way” while being funded by the DAC, so be it.

Bitcoin would work much better if it was a DAC.
Shareholders would decide in a trustless way who mines.
People would say that the network is centralized by a handful of shareholders but that is not bad per se. What matters is that shareholders do not need to trust each other when they make such a decision.

In Bitcoin, there is no clear distinction between mining and voting, and miners and shareholders so much so that there is no mechanism that lets you take decisions in a trustless way.

I feel that now is the start of the dismiss of bitcoin as a decentralized network to leave the way for DACs. That smells bad for bitcoin but luckly Humanity has Nu!

Should Nu or BCE consider offering Mike Hearn a job as contracted developer?
I mean it.
And not as marketing gag.

So much of what he is concerned about for Bitcoin, has been solved by Nu already. Espcially the motions, which could have saved so much trouble, are available for both Nu and BCE and have shown their power so often.

He is going to work for a consortium of banks!
What do you think o bank employeer would say about crypto currencies, especially about BTC!

sorry, he is already working for them since November!

Nonetheless, I really liked the idea of MoD. Mike Hearn might very well be deep into Ethereum if you ask me. The way he presented his opinion was intentionally very harmful to Bitcoin, that was my feeling at least. Though, he might even be right. I am pretty sure that Ethereum would explode (even for no real reason) if Bitcoin really gets into trouble, just because people believe that Ethereum because of its complexity solves problems rather than creating them. Counterintuitive to the tech-savvy, perfect logic to all others 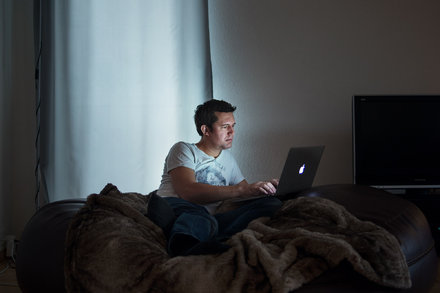 A Bitcoin Believer’s Crisis of Faith

A nasty fight has torn apart the core software developers of Bitcoin, exposing fundamental differences about the virtual currency’s future direction and raising questions of its long-term viability.

Isn’t this really the time to advertise our governance system somehow heavily to the public? Don’t ask me how specifically… I am just saying that, when you read the article posted above, it is in most parts the problem that Nu could solve. MoD already outlined that. Demonstrating that people have a say in the network is really something that impresses them, once it has been proven of course.
Few questions in this regard: how centralized is Nu actually in terms of voting power? Not sure how many Nushares @JordanLee holds, but is it possible that the motions are actually decided by one single person if that person holds a large enough amount of NSR? Might that even be already the case? Aren’t we prone to similar attacks like Bitcoin in the form that someone just might purchase the majority of the shares and destroy the network?

Sorry for being off topic.