good question? I just bought 1 to confirm that it is in fact working, it worked fine… No trades for 12 hours?

Speculators sell off their shares? 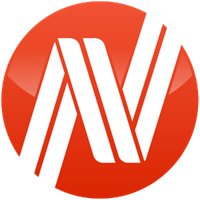 Not any probem as far as I know.

It’s because no one is sure which direction BTC will go next. This happens every time BTC is in a state of low volatility. Realize that the main reason high NBT volume can exist is because it’s easier for BTC traders to get into and out of than fiat, due to it’s high liquidity walls. Traders that take this route are basically accepting slightly higher fees (due to the spread) in exchange for fast and guaranteed order fills.

Speculators sell off their shares?

This is not a sell-off. Try zooming out to the 7 or 30 day chart. Even those time-frames are considered incredibly short-term by conventional financial market standards.

Who sold and for what purpose? with which strategy?

Who sold and for what purpose? with which strategy?

I am talking about NSR/BTC

I’d say there’s not a lot of reason besides fear and greed.

Some “aggressive traders” will realize the steeper an incline the less likely it will be to sustain itself without a pullback and they will get out to try and re-buy at a lower price. In an asset with as little volume as NSR, this can generally be considered a amateur mistake if you believe it’s going to keep going up. If the asset had tons of volume and was really easy to get orders filled, one could play this game if they know exactly what they were looking for and didn’t mind possibly missing the next upswing.

Others may realize that Jordan Lee is still selling NSR for 0.005 USD and expect the price to pullback to that level, at least until Jordan announces his new price. This could also be considered an amateur mistake since Jordan could announce his new price at anytime and price will likely jump to that level almost immediately, just like it did last time.

It could also just be a few people trying to cover their initial investment at their break even point. This could be a perfectly reasonable strategy depending on ones personal financial situation and risk management rules.

Are you saying that selling at a peak and trying to back back at a lower level is not yet a good strategy with regards to NuShares because the volume is still low?

I’m saying that it’s a risky strategy if you believe we’re still generally headed in an upward direction. I would not attempt it with any meaningful amount of holdings. If you’re able to successfully pull this off, it’s more likely due to luck than skill. In order to feel like I could make these types of trades with regular success, I would want to see proper charting software, volume in the thousands of BTC per hour range, and enough history to properly back-test the strategy.

The trend is your friend. Trading against it will generally get you in more trouble than it’s worth.

That being said, please, sell me your NSR.

@pennybreaker so basically you are saying that the volume is too thin to extract any regular patterns?
besides, what do you think is the current trend for nsr price?

so basically you are saying that the volume is too thin to extract any regular patterns?besides, what do you think is the current trend for nsr price?

I’m saying that volume is too thin to have orders filled quickly and reliably without being annihilated by the spread … as is the case with pretty much every crypto except for BTC and LTC on the Chinese exchanges. This just means that scalping small price changes is a crap shoot. You could try to profit from the spread by creating buy and sell walls and moving the orders back and forth as they are filled, but again, you could get stuck holding more BTC than you wish when the price increases, so I would not attempt this with any meaningful amount of NSR.

NSR is too young of an assets to have really established much of a trend, but it seems to be headed up. For this reason, I believe the best trading strategy is to just keep an eye on it and buy the dips.

@pennybreaker I see. Tks for clarifying.