Who is selling shares and why?

Figured it can’t hurt to ask.

I guess they are selling whatever they have to buy ether 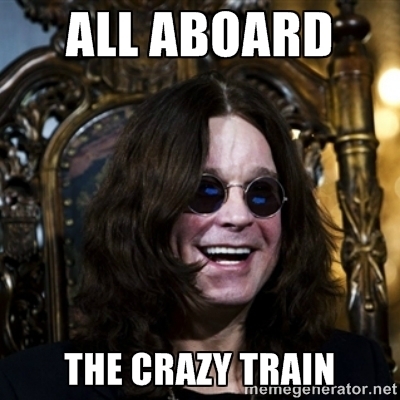 I’ve sold a bit recently to cover a couple of unexpected home-related expenses that came up. Not a lack of faith in the system, and I’d have preferred if I could have done it without selling, but alas, it didn’t work out that way.

Glad to know some of the bitcoins are going to active community members.

I haven’t sold a single share. With these low prices, I just keep buying.

Are you asking because the price is still going lower in the face of the buybacks? I’d like to know this too. A large shareholder or maybe several seem to be selling as we buy back their shares, making it so that the price has stopped rising.

If it’s only several people doing this, then they will eventually run out of NuShares and the buybacks will start having a positive effect again. I don’t think a lot of shareholders have lost faith, because the recent poll we did showed that wasn’t the case.

Anyway, it’s a good thing that shareholders who don’t want to be apart of this anymore are able to get out of the system. It leaves room for others to get in that may be more dedicated.

I say it because there is someone obviously selling every wednesday/thursday when we put up our BTC at a reasonable price, and it seems pretty clear to me that it’s not the same person that was selling a couple months ago. Anyway, I think it could easily be people like Ben who need to leave rather than wanting to. We really don’t have a lot of buy liquidity on a daily basis and buybacks offer one of the only opportunities to get out liquidly, and it’s not far fetched to guess we may have to do dilutions in the future which would offer a good opportunity to get back in later.

I also wanted to know where the BTC was going. I’m happy to see some of it go to repairing Ben’s home.

I also wanted to know where the BTC was going. I’m happy to see some of it go to repairing Ben’s home.

My siding and roof thank you for that

Why is buy side so low? There are almost no buy orders

There’s 13 Btc buy on polo. That’s more than we’ve had in weeks other than our buybacks.

The difference between 20 and 13 is 7, equal to the number of BTC in the buyback.

Ah gotcha – thanks, that makes sense

I just hope the price stays low for next buyback. I think we’re going to have a larger buyback next week than the last couple (btc went up) and I’d love it to be at this good a price (lower our average buyback some)

Dude, it’s like every time I get paid the price goes up before I get a chance to buy.

So wait until just before your next payday to buy, hehe.

Ask polo to sell you nsr cheap – trick the market