Creating (much) more NuBits demand which comes from different type of people:

I appreciate the proposal.
2 questions:

Thank you for asking. Nagalim said exactly. Just a few points to add.

The Tube will just work in the same way and will still be important by acting the role of spot product (+1x Bitcoin) trading and settlement. On the other hand, the establish of ETP A will enlarge the NLG Pools, and thus stengthen the liquidity support on the NBT/BTC pair on the Tube, and let us have more room to support more trading pairs on the Tube in future, such as NBT/ETH.

Regarding the newly created NuBits demand, we had a very rough estimation here:

Currently, there are 800k NBT in circulation. Most of them is used to trade with ordinary "+1"Bitcoin. After "-2"Bitcoin and "+2.5"Bitcoin (BearBTC and BullBTC) are introduced, we think it is a prudent expect to see them can attract a quater to a half of that. That means 200k - 400k new demand of NuBits

Generally speaking, in an economy, the size of financial assets people holding and trading is much more than the size of cash in circulation. The volume of derivatives trades is much more than the volume of basic securities trades. Although the exact number of NBT demand can not be determined at the moment, we believe that ETP is the right direction, which NuShareholders should support, and will be rewarding. Moreover, ETP creates a secondary asset market of NuBits, and establishes a new business framework, Its potential should not underestimated, for example, it can evolve in the future by expanding the products to link to other assets such as NSR, or even crude oil and SP500, and by upgrading the technical features with latest techs such as PeerAsset.

P.S.
As poeple can tell from the name, ETP is designed on the idea of ETF(exchange-traded fund). we made some fine tuning to fit NuBits better. the following are good references for ETF. 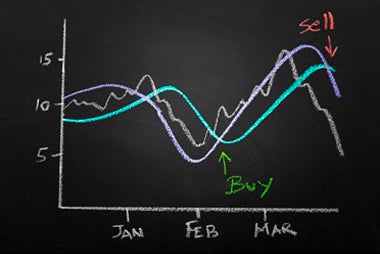 A security that tracks an index, a commodity or a basket of assets like an index fund, but trades like a stock on an exchange.

An exchange-traded fund (ETF) is an investment fund traded on stock exchanges, much like stocks. An ETF holds assets such as stocks, commodities, or bonds and generally operates with an arbitrage mechanism designed to keep it trading close to its net asset value, although deviations can occasionally occur. Most ETFs track an index, such as a stock index or bond index. ETFs may be attractive as investments because of their low costs, tax efficiency, and stock-like features. By 2013, ETF distributo...

Lack of commitment to liquidity is our biggest threat now

We would like to share our understanding of liquidity operation and what it means to NuBits A stable decentralized currency should have enormous demand. We believe only the case that people want to transfer money freely and to hold liquid asset anonymously could generate thousands times of NuBits current circulation. Then, why we don’t see those demands come? Just simply because people don’t 100% believe they can cash out their NuBits for Dollars for any amount and any point of time. A few m…

I made a comment regarding ETP here. We understand the mechanism of ETP is a bit complicated. But most of the idea just comes from the most popular financial products in our real world such as ETF, close-ended funds and structured fund. They are very mature, powerful and have been proved working effeciently for decades.

Please vote on this motion, let NuLagoon start working on its next product. If you have questions or concerns, just let us know. Not voting means voting against.

I am still studying the value of this proposal for shareholders.
Maybe we need to stimulate drastically the demand for nubits via the only market we currently have, which is the trading and hedging market.
It seems that this exchange will create demand for NuBits.
So in this sense, it is good.
However what is the drawback?
The cost is around 40k NBT.
But if what @henry said is true, it could create 300k new NBT sales, and we would be way in the black here.
What is the likelihood for such sales?
What are the risks for Nu?

Secondly we get an nbt use case. While the network fees are still very low, having a reason for someone to buy and hold nbt gets them into the system (often downloading a wallet and all that).

So you are convinced that the $38,500 are well-spent?
I’m interested in your reasoning, because I tried to wrap my head around that and have had a hard time trying to understand it.

I don’t want to base my assessment on the expected increase of demand, especially as this only generates temporary revenue.
Where’s the key to more tx and final revenue?

So primarily this increases txn volume rather than nbt supply. Are you asking to make $40k off of 1 cent txn fees? That would require 4 million txns… I could see 10 thousand txns on this project over 5 years.

ETP can increase both demand and consumption of NuBits. However, the two goals should be achieved by different strategies and different time-line.

Increasing NuBits demand: will see significant amount in a short or mid-term, allowing us to have more money in liquidity operation and NuShare buyback, Once NuShare price is doubled or tripled, we will have more space to fund profitable initiatives, thus entering a positive feedback loop.

Increasing NuBits consumption: It is not practical to expect ETP could generate 40 thousands of NuBits consumption in short or mid term. We should do our best to promote trade of BearBTC and BullBTC by the low fee now and in the mid future. Once the market is well established and have notable trading volume, we can collect exchange trade fee to generate revenue. There will be many ways to do this in future, one way is, as describled in the motion, NuLagoon collect fee and burn half of them for NuShareholders. Another way is to let users submit trade order with a NuBits fee greater than 0.01, for example, 0.1% fee of trade size.

Another way is to let users submit trade order with a NuBits fee greater than 0.01.

Right, why not requesting 0.1%-0.2% fee?
I mean, other exchanges have fees in percent - why not when trading your ETFs?

Yes. We can. Just added it in the previous reply.

Of course!
But would you really shy away users with a fee of 0.1%?
Anyway, it might indeed be better to start with a very low fee.

Proof of concept first, imo. I wouldnt shy from 0.1%, but would that really make anything worthwhile? What if you did 0.2% halfway through, you’d get the same revenue but i bet you’d have a lot more momentum.

That would make it easier to include it in my data feed.
It’s a really big amount of money that’s requested to deliver this product.
Any kind of proof of concept or prototype would be helpful.
To be honest: I understand too little of how it will work to have voted for it.

Another way is to let users submit trade order with a NuBits fee greater than 0.01, for example, 0.1% fee of trade size.

How many tx per day do you expect reasonablly compared with existing exchanges (bitfinex, polo, xbtce.cc, some Chinese ones)?

That would be great.

I think it could be a valuable bet to fund the development of this exchange-traded pool but I have the feeling that we should first focus on the improvement of Nu code and work on increasing liquidity.
But that should not prevent Nu from increasing demand for NuBits.
I think it would be more compelling business wirse to develop a NuLagoon for ETH/NBT since the buzz of TheDAO and Ethereum is expected to keep going for a few months, I feel.

Is this quote relevant?

Lack of commitment to liquidity is our biggest threat now

Yes, we should worry about making traders and arbitrageurs perfectly happy using NuBits. They are the low hanging fruit in terms of NuBit adopters. We can provide them with something they really want right now, at the size that we are today. We could experience major growth merely from having 2 or 3 automated arbitrage operations use our product.

Not arbitrage specifically, but a service for traders that utilises NuBits.

Good question.
This proposal seems that it could create a substantial demand for NuBits among hedgers, which could be our sole market right now.
So in that sense we should vote for that proposal.
But should we do it after replenishing the buy side liquidity or even before?