“I heard about an App which doesn’t need to synchronise first before you make a payment! No more waiting.”

“Nice, wouldn’t it also be great to have some user-friendly multisig also? Would that be possible?”

“Or some retheming and updating it with the latest code and making it look refreshed?”

"Hmm, depends on the NuShareholders whether they want to invest in it.

“Who the hell are you talking to?

I heard about an App which doesn’t need to synchronise first before you make a payment! No more waiting.

Let’s start with this part. How would it work technically, and what is required to develop the functionality to work with Nu?

“Who the hell are you talking to?

Happen to have overheard this conversation. Have been eavesdropping around the Nu quarters

I thought it to be nice to post a bit of teaser in preparation to get some support for some further work on the NuDroid App. This instead of starting with a large complex proposal.

“I heard about an App which doesn’t need to synchronise first before you make a payment! No more waiting.”

Let’s look at this bit a bit further as we have at least two potential supporters!

Opportunity
One of the most annoying things is waiting for the NuDroid App to synchronise while you are trying to make a payment. To make NuDroid useful for regular use I believe we need to address this problem rather sooner than later to ensure further uptake of the wallet and with that the actual usage of NuBits by end-users.

Potential direction:
The downloading of the current headers in NuDroid have little to no point as they are currently not involved in validation. Leaving them out would speed the initial synchronisation up, especially advantageous for new users, which might get discouraged after a long wait. With this feature NuDroid could also provide an alternative for the PC client for using NuBits. The latest client has unfortunately a very slow synchronisation process which is required to run when starting the wallet for those not running the client 24/7.

This instead of starting with a large complex proposal.

Can you please shed some light on this paragraph:

I was thinking about this myself recently.
My thoughts…
With Bitcoin you can scan block explorers for unspent transactions. You can also post transactions to them. So as along as you hold the private key - you don’t need to sync to the blockchain. You just need to do some API queries. And build the transactions. See BitcoinJS… http://bitcoinjs.org/ - the BTC equivalent of Cointoolkit.

Since we can make addresses and transactions with Cointookit… If NuExplorer has/can expose and API to allow for unspent transaction queries. We’re halfway there. You just need to be able to broadcast the transaction then.

Since we can make addresses and transactions with Cointookit

Had some other ideas with that, multisig… Just need a protocol to exchange the keys. It can be done with NFC or Bluetooth but that doesn’t help when not everyone who needs to sign is in the same physical area. We will need to think about a protocol to safely transfer multisig keys between mobile devices… I consider manual copy and paste not a user friendly and potentially unsafe solution.

Can you please shed some light on this paragraph:

This is a long standing request when we implemented the Shapeshift functionality. With that you could pay with other coins while holding NuBits. But wouldn’t it be great to be able to receive BTC which automatically transfers to NBT upon receipt. There is an issue with this though. When the transaction for some reason didn’t make it through Shapeshift the only way to get the funds back is to contact Shapeshift directly. The alternative is to provide a return address, the question is how would the receiver know and which address to use. A potential solution is possibly to setup a number of fixed addresses for each coin you might receive with NuDroid. Open to other ideas.

Have you looked at the shapeshift skeleton?
Could be integrated.
https://shapeshift.io/site/tools/skeleton

Of course the shapeshift fees are a negative.

“Or some retheming and updating it with the latest code and making it look refreshed?”

There is an opportunity arising to refresh the look and feel of NuDroid with the latest Android user interface improvements. We could upgrade it to android API level of 15 (4.0.3+), which is compatible
with the new Material theme through the AppCompat library.

With the material theme you can customise colours which you can play
around with using this app: 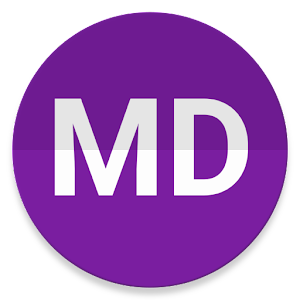 This is a sample project for my library on GitHub: https://github.com/afollestad/material-dialogsIf you are not an Android Developer, this application has no use to you...

There are light and dark versions of the theme.

Maybe too fancy? Or good marketing? Like to hear your thoughts.

You mean integrated into NuDroid? You know we already do have an interface and Shapeshift API integration and users pay Shapeshift fees included in transactions in NuDroid. Only NBT to NBT transactions are not going through Shapeshift.
What would be the benefit from your perspective? A standard interface? Improved?