Logos for South Korean and Japanese NuBits – $420 prize at 99designs

New South Korean and Japanese NuBits need logos. Help us choose the right colors for these countries. Designers are free to suggest a refresh of NuBits’ logos, but the winner must include the current design allowing us to consider any refresh thoroughly.

NuBits are stable digital currencies. New South Korean NuBits and Japanese NuBits have been created. We need you to pick colors for them and produce infinitely scaling versions of all eight logo versions.

Focus primarily on the color, and motivate why you chose each!

$420 for the best submission that qualifies, which is at minimum vectorized logos for KRNBT and JPNBT. Many designers there create for every NuBits plus NuShares and Nu. Once we have the source vector files, creating logos for new NuBits should be as easy as selecting the color.

What about using the nationel flag? It more quickly identifies the currency, and more patriotic

In which way specifically do you suggest using the flag? There’s an early design with the South Korean flag’s colors in a yin yang pattern. I find it too busy. Placing the actual flag in the logo would not scale gracefully.

I would highly appreciate opinions from people living in South Korea or Japan to make sure we don’t miss something obvious.

I would have the following suggestions:

As for images of JPNBT and KRNBT, the obvious choice would be to use as you suggested the colors of the corresponding flags, as it was, it seems the guideline for the previous ones.
So for JPNBT, a mix of white and red, for KRNBT, a mix of red and blue would be the natural choice but it could be a bit difficult to recognize.
Using only one single color, i.e red for JPNBT and say blue for KRNBT would be better but it is already taken by NSR and EUNBT.

So I would suggest to rely on the colors used by the corresponding national main airline companies instead. Because usually national airliners are pretty symbolic of the corresponding countries.
For JPNBT, it could be sky blue used by All Nippon Airways or the grey used by Japan Airlines.
For KRNBT, I would suggest their sky blue.
Or we could use alternatively the colors used by the national soccer team jerseys. 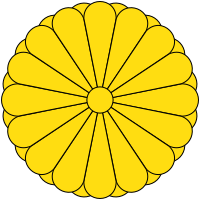 Hibiscus syriacus, also known as the Korean rose, is the national flower of South Korea

I d not recommend that at all. It is a holy symbol.

I hope that with the development of technology, rational thinking will predominate in people, and such things as taboo on sacred things, and belief in the supernatural will be a thing of the past. Guys, we are doing an innovative project for modern people!