How is it possible that Nu is able to sustain the peg with all the recent losses?

According to this estimation made by @woodstockmerkle , Nu has lost 170k NBT.

If even 1/2 of it were put on sales to be exchanged, the current buy liquidity (around 36k NBT) (1) would not be able to cope with it even if we used all the Tier4 reserves (the total possible buy side support would be around 75k NBT). (2)

There are also 36k parked NBT right now.
So in case out of the 170k, 36k are parked, we still have 134k stolen NBT in circulation.
That is still 60k NBT that would not find buyers at 1NBT=1USD.

50k less liability is a possible scenario according to this.

That is still 10k NBT that would not find potential buyers at 1NBT=1USD.
But it makes NuNet more likely to sustain the losses.

To put it succinctly, the peg was maintained by taking the proceeds of NuShare sales and buying NuBits with them.

Having only ~70,000 in unknown hands suggests the vast majority of stolen NuBits have already been sold. The thefts resulted in the loss of funds that would have otherwise been spent on development, but it is pretty clear (if my estimate of jmiller’s funds is accurate) the stolen funds are no longer liabilities that endanger the peg. The end result of it all is that shares will be diluted to recoup the losses via auction. The system is working. But it would greatly benefit the NuShare price if we stopped exposing network assets to counterparty risk like our design mandates by having LPCs provide their own funds, because we wouldn’t have to dilute the shares to raise funds for thefts.

Edit:jmiller just posted detailed info about assets held by her. The number is 317,000, if BTER returns NBT as promised. This means my estimate was off such that there are about 150,000 NBT in circulation not known to be held by loyal shareholders instead of 70,000.

Dear Jordan, I was planning to write a longer post, but due to time constrains I will keep it short. One of the biggest threat to NuBits project appears to be hacking. Against this backdrop, wouldn’t it make sense to appoint/hire a Chief Security Officer? Tens of thousands of dollars have been lost in the attacks, lessons should be learned. I believe it would make sense to draft a motion to allocate some funding to improve NuBits security. What do you think?

wouldn’t it make sense to appoint/hire a Chief Security Officer?

The limitation of that approach is that the software flaws that led to these losses at CCEDK, BTER and Excoin were contained in those diverse trading platforms. It was not due to problems in the Nu client or NuBot.

We can’t really ensure diverse exchange platforms work properly. We don’t have good access to those systems or their code. In the long term, we will use decentralized exchanges to manage default risks, but those are not available today.

In the short term, we can push most of the liquidity off exchange, in tiers 3 to 6. We can have only a small supply available on exchanges, with other funds ready to be moved on the exchanges within minutes once automation by the NuBot team is completed, or within hours with manual transfers with NuBot as it is right now.

Also, we need to move to only utilizing self funded LPCs. This doesn’t prevent loss, but it does make the costs of liquidity to the network completely predictable and understandable. When losses do occur, they will have no systemic or network impact, because they will be the loss of a specific LPC, not all shareholders. It is like buying zero deductible insurance: your costs are predictable and equal to your insurance premium. It won’t be free, but it won’t break you either. It doesn’t eliminate risk, it just shifts the risk from the policy holder to the insurance company. This encourages LPCs to be creative and resourceful in finding ways to maximize liquidity while minimizing risks and costs. The notion of tiered liquidity is an early example of the type of innovation we will see. I suspect we will be surprised by the multitude of ways that people will find to evolve liquidity operations.

This means my estimate was off such that there are about 150,000 NBT

In that case, if buy liquidity over Tier1~4 is 75k NBT, that implies that 75k NBT are left alone without immediate buy support. Is my interpretation correct?

According to this, we would have 115k not 75k NBT of buy side liquidity over Tier21~4.
That would reduce the quantity of NBTs with no immediate buy support from 75k to 35k in my understanding.

Buy support for tiers 1 to 4 appears to be 114,000 right now. This leaves tier 5 and 6 which can also provide support quickly. The buy support in tier 5 and 6 (interest rates and NSR sales) is quite difficult to measure.

By the way, over the last past 10 days Nu has been undergoing trial by fire and it looks it is going to get out with a well-kept pegged.
What does not kill you makes you stronger as Nietzsche once said.
I think this can be applied to Nu, right now.
It seems that Bitcoin has become Bitcoin because it underwent several crises (plenty of exchange hacks, robbery and 1 hard fork) without being destroyed. On the contrary it showed its resilience and got only stronger.

I believe what we are seeing with Nu right now is just a manifestation of its resilience.
Of course, shareholders should never stop thinking about innovative ideas and inventive ways to maintain Nu’s peg.
Creating a stable crypto coin is a very noble task, one of the most difficult challenges probably right now which could be compared to one of the Hilbert’s problems in Mathematics and it looks like Nu is giving a nice solution.

Shareholders should be proud of the achievements so far while at the same time keep on working hard.

Furthermore we also have seen that already the promise of a price leads to a significant market adaptation, at least over a limited period of time (I call it the “Paycoin effect” ;)).

Furthermore we also have seen that already the promise of a price leads to a significant market adaptation, at least over a limited period of time (I call it the “Paycoin effect” ).

That is similar to what I wanted to say about

Even if the peg is only on some of the times, a holder of Nubits would be reluctant to sell under $1 because they know the believers will buy them cheap. There is always a finite number of nubits in seller. One nubits sold under $1 is one nubit less in selling pressure. When all the dumpers are done with selling (currently won’t be long), the peg is roaring back.

It’s fundamentally speculation. But with nubits the dumpers have limited ammo and face perpetual assault of the Nunet development effort, even there is only one developer left.

any attack is welcomed! it would just increase the value of NU 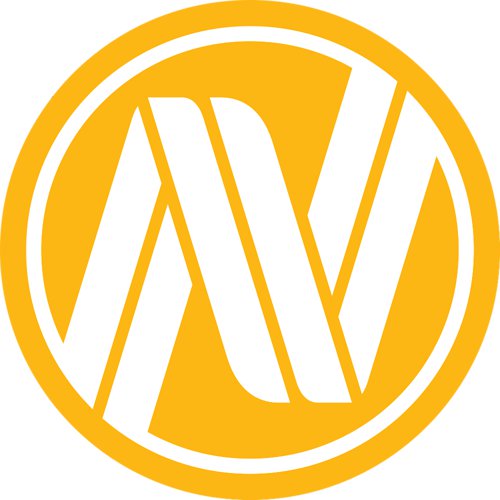 r/CryptoCurrency - How is it possible that Nu is able to sustain the peg with...