Humour with a purpose. I enjoyed this, as it demonstrates some important differences between Nu and central banks/government.

I created Nu to answer this question: Is it possible to supply society with the money needed to coordinate human activity without simultaneously creating mechanisms that reliably result in the slaughter and abuse of large numbers of people? Centrals banks are lucrative businesses. Governments capture central banks. Essentially the deal that is made is that if the central bank will fund the government then they can have their lucrative business. In recent times, the Federal Reserve has done much to fund war and terrorism. Shall we blame Janet Yellen? Hardly. She is powerless to stop it. If you were her, would you want to tell the Pentagon and CIA they are getting their funding cut? She is a quite vulnerable to personal threats against her from the US government. She is captured.

Let’s consider reform on the political side. Some naive people would say an anti-war US president could be voted in to fix it. Perhaps a racial minority would be more sensitive to the destruction of brown people. Oh, wait, that has already happened, to no effect. Obama is constantly surrounded by armed US agents. He must be very afraid to take any action to cut Pentagon, CIA or NSA funding or interfere with their operations. He is captured.

Think this is just a problem with uncivilised Americans? Let’s consider Canada, the land where everyone is eager to say “sorry” and produce a cohesive, egalitarian and respectful society. Surely such an advanced and enlightened society would not engage in the kind of brutality we see emerging from the US government funded by the Federal Reserve, right? Yet, the government of Canada has recently funded and carried out brutal and lawless attacks against people in Libya and Afghanistan without the slightest regard for due process. It isn’t because Canadians are cruel or because Prime Minister Harper is evil. It is because both the United States and Canada employ the same flawed protocol that leads to such abuses.

I have come to the same conclusion as so many of you here: These problems cannot be fixed by getting the right person in power. I seek neither reform of the current system nor revolution. Rather, I struggle to create a separate and alternative system that meets the very real need for money. If people want to participate in our system and stop participating in the broken protocol that preceded us they are welcome to do so. If enough people do so we can transform governments and militaries in the same way the Catholic church or the British monarchy has been transformed into powerless figure heads. I dream of the day when the principle measure of US military force effectiveness will be expressed as the number of tons of food and water that could be delivered to a random location within 24 hours, in the case of an emergency such as a tsunami. It can happen. What is needed is the adoption and support of superior protocols, such as our own. It is the structure of the system, the protocol if you will, that is the problem here. So we have proposed an alternate protocol we believe can provide people with advanced modern money without the problem of destablising and alienating violence. And it is no vague suggestion. Rather, it is an extremely precise collection of mathematical statements which can be calculated with great precision and is described in its entirety in our public code repository.

So, I appreciate CoinGame’s grant proposal. Ridiculous as it is, it invites us to consider the important differences between the central bank/government protocol and our own.

I’m thinking of all the times I’ve read from random people that crypto can’t become real currency because it isn’t backed by the full force of the military. Nu will soon have its own private army to enforce the will of shareholders. Take that!

Actually, this hilarious suggestion from CoinGame about the tank is so cool that it should really get more public attention. It just shows that the decentralized nature and well working architecture of our network makes it possible to vote for or against the most stupid stuff on earth and pretty much anybody could participate. Nice stuff

I fear that for the sake of fun such a motion could go through… what would actually happen then?

Nice going CoinGame, you’ve just given the NSA and CIA a public excuse to take us out! I can see it now: “Determined to destroy the integrity of the American economy, the ‘Crypto-terrorist’ group NU is now arming themselves with weapons of war.”

I fear that for the sake of fun such a motion could go through… what would actually happen then?

60,000 NBT would be created at BLn1QeXbWm29Y94feWTtJZfnvd5yi3oSFV and the custodian were bound to the terms of the agreement.
As I hashed it, it would be hard to alter anything unrecognized.

I cannot promise a timeline for all of this to be completed due to the various nuances of the plan described above.

provides an escape option.
Maybe a motion could be passed before anything happened, effectively freeing the custodian from his/her duty after having burned the granted amount.
If a custodian would violate the contract with malice aforethought or (grossly) negligent, this person/identity would have a hard time pass another grant.
It would be hard to hold such a custodian reliable for the action beyond that.

But I have not the slightest doubt that @Coingame would do exactly as announced in his custodial grant.
NSR holders could try to find that out…

you’ve just given the NSA and CIA a public excuse to take us out!

Only after this grant would pass and @Coingame did stick with the terms of it (or are we yet in “pre crime” time in which people get arrested, because they could commit crimes? I think I don’t really want to have the answer to this considering crimes like Guantanamo Bay…).
If the NSA and CIA want to mess with Nu, they need to be warned: Nu can create as much NBT as Nu wants. Ha!

Yes. So by employing a secure blockchain-based voting system, we make coercion (the coercion exerted on Yellen, Obama and Harper) useless provided that the voting power is enough spread over many nodes and the voting mechanism is close to impossible to corrupt. 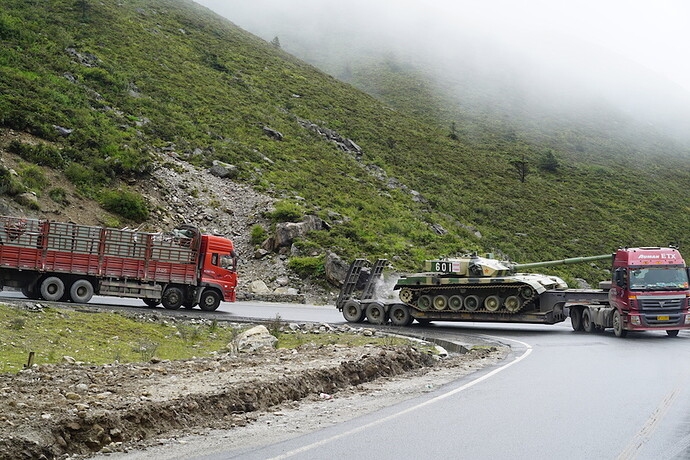 Oh, the grant hasn’t had even a single vote, but @Coingame procured the tank in advance?
Nice!
BitShares 2.0 is near - Nu needs the tank!

I created Nu to answer this question: Is it possible to supply society with the money needed to coordinate human activity without simultaneously creating mechanisms that reliably result in the slaughter and abuse of large numbers of people?

Why Digital Currencies are the Fastest Way to a Safer World

Why Digital Currencies are the Fastest Way to a Safer World

As the years go by, we tend to forget that digital currencies have been around for quite a while now. For some of us, it is a technology that almost feels like a habit. We can’t imagine the world without it. However, to people who have not yet been...