It would be good to have a formal approval for that by seeing this motion [Voting] T4 buy side / BTC - maintaining and refilling value pass 50% or even better this motion: [Passed] Standard and Core

If the situation gets dire, the FLOT NSR team can inititate the sale of NSR to replenish the dynamic reserves.

Why are shareholders not voting for park rates? 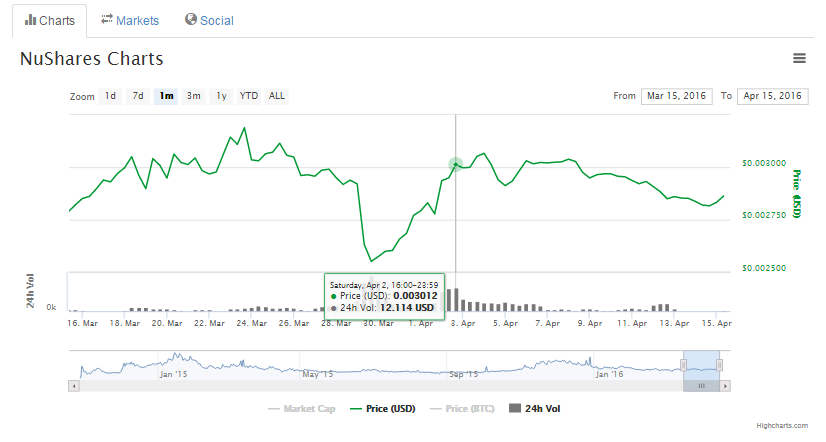 And next to the remaining BTC reserves we have NuSafe, right, and we have the FLOT NSR team holding 25,000,000 NSR.
There’s a lot of buffer left, before the first NSR need to be granted by NSR holders.

Buyback pool is not positive. There will be no NSR buyback or PPC reserve filling next week.

Totalparked nubits should be excluded in nubits in circulation for NSr buyback calculation.

What do people think?

Yes, i guess i thought they were already taken out of the getinfo reply, but i suppose they arent. So yah, i think parked should be excluded. We could try to exclude only those nbt that will not be unparked during the coming week, but that may be tough to calculate.

The point of parking NBT is removing them from circulation - if only temporarily.
I see some potential problems with a vast amount of NBT being parked (can you park at 0%?), which could in edge cases lead to NSR buybacks, because the amount of circulating NBT is reduced big time.
It’s quite hypothetical, but not impossible and maybe a vector to game the system.
I have no simple answer to this question.
Even parked NBT are a (future) liability for Nu. Maybe they should no be excluded from the NBT in circulation…

Yes, i guess i thought they were already taken out of the getinfo reply, but i suppose they arent.

The couple of k nbt are grants. The $60k+ parked are not counted in.

Even parked NBT are a (future) liability for Nu. Maybe they should no be excluded from the NBT in circulation

We are calculating buyback for the next week. ideally the calculator should ignore the nubits to be unparked next week. but currently assuming all will still be parked is more accurate.

We are calculating buyback for the next week.

All I’m saying is that this can lead to oscillating effects, if very big amounts of NBT are parked with a buyback one week and a sale the other week (after the NBT unparked) - once this motion passes: [Passed] Standard and Core

After thinking twice I’m inclined to ignore the parked NBT and consider them as “in circulation” although they temporarily aren’t.
Parking is dealing with a short term lack of demand for NBT. That should never be able to lead to a NSR buyback, because those NBT are removed from the calculation for a short period of time.