I was hoping to have more time for this but I have some obligations to B&C with continued issues to work out for the Nu 2.1.1 release. I’ve created a staging area to start going through all of the existing motions and tacking them as time allows. I’m determined to make NuLaw a thing. Even if I have to do it all myself. 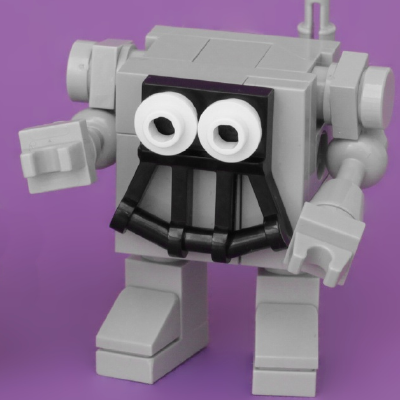 Contribute to NuLawPrep development by creating an account on GitHub.

I want to help with interpretation of motions, i think i have a good memory of the context for a lot of them, such as the minimum offset motion. I’m not sure how to help, the github code is just hashes and names right?

For now I’m just putting all of the motions texts, hashes, dates, and other data into a single JSON file with their original thread title as the key. Just so we have everything verified in one place that’s easy to work with programmatically. I don’t think we’re at the interpretation point quite yet.

I’m actually having trouble generating the hashes from some of the older motions before we had Assistant bot, so it’s going to be fun trying to pull the correct raw text to put together the hash

. Once I had all of the verified information for every motion in the file I was going to start working out the structure defined by @jgeewax above.

I’m still a bit fuzzy on how to put it all together but I think the important part right now is to have all the information from existing motions verified and available.

Can you link a few troublesome motions?

I’ve marked two of them so far in the link I posted above.

You can find the compiled list I was able to complete here: https://github.com/CoinGame/NuLawPrep

This is the list of hashes I could not reproduce from the original forum text:

I can confirm that at least two of these motions cannot be verified with http://hash.online-convert.com/ripemd160-generator which most of us used at the time. This may be caused by forum or browser upgrades changing hidden codes.

The problem comes into play when we build the verification script to run through previous motions. We would probably have to hard code it to ignore certain hashes because we can’t offer up the text. Which I think is dirty, but that seems to be the only choice.

But that’s a problem for another day. So I guess the next step is to re-create the text for those 6 hashes somewhere and have shareholders re-vote on them.

Maybe it can be one motion basically with 6 new verifiable hashes for each proposal referring to the original threads?

I suppose that works. You know I was thinking more about this. Maybe even the python verification script should be part of the NuLaw repo. Like, changes to the script need to be voted on as well, because the script will need to be hard coded to ignore some hashes that are shown in the client. Maybe any scripts or changes to scripts that manage NuLaw itself need to be voted upon.

Just a thought. I dunno if it’s over-complicating the process. I suppose if the script follows the text of a given motion in how it operates then it should be fine to hard code some values to ignore. I would like to spend a little more time trying to recreate the old hashes. It may seem like just a wrinkle to the process but for me it feels like a lot more.

I would like to spend a little more time trying to recreate the old hashes. It may seem like just a wrinkle to the process

to hard code some values to ignore

I don’t think we should hardcode to ignore. I suspect they will be read into a database or such and than considered to be invalid. By re-creating motions with correct hashes the system would recognise those new motions as being the only ones correct. The date stamping would be read from the blockchain anyway as it is not part of the text of the motion. Maybe a submission date should be added to motion texts, in order to reduce the risk of some types of fraud in the future.

Maybe any scripts or changes to scripts that manage NuLaw itself need to be voted upon.

As with any code some people will need to verify it ensuring it does what it says it does, whether that is an independent audit or a number of Shareholders approving changes is up for discussion and may change when the stakes will become higher.

I’m not sure why I can’t recreate the hash for the open source motion, it’s frustrating me because I know that it would have been confirmed multiple times when it was released by more than just myself.

I have a couple of local files on another machine that I can check to see if I can find the originally formatted Markdown that I’ll review when I get back to my house later this morning.

Slightly off-topic again, but figured this was worth looking at: https://medium.com/@PaxDirectory/codex-a-legal-scripting-language-e3723cc76662#.zfvtsfabg

Am I correct in my impression that the validation script will go through the blockchain looking for passed motion hashes and match them up with the ones in motions.json, calculating the hash of … Base64-decoded content-b64? Is hash-content equal to the decoded content-b64?

Good questions. I didn’t clarify those points. I’m not even sure this is the right way to go about the process, but all of the needed information to perform various functions is contained in a format that is easy to work with programatically. That was really my initial goal here.

So, the hash-content field won’t produce the hash. I included it simply to have a plain english version of the text for reading. It has been converted from the original raw text to play nicely within JSON (characters escaped, single lined). The content-b64 is produced using the original raw text. Once decoded it can be passed to a ripemd160 hash function and should produce the hash.

I guess I shouldn’t call that field hash-content… it sounds like you can produce the hash from it but that’s not the case.

So how does this all work within the scheme of the validation script? We’ll produce individual files like every other motion using the new source content for these motions. They will be included in the NuLaws process the same as every other motion. The difference being that when the script tries to validate these individual files (by producing a hash and looking to see if it passed in the blockchain) there will be a condition that looks for the old hash in the blockchain instead of the new one. The purposes of my motion above is to receive consensus from shareholders that this is an acceptable modification to the process.

Other option could be to vote on each of these new hashes all over again, and completely ignore all of the older hashes. Though I think acknowledging this historical change in the code through a single motion is cleaner even if we have to create a special condition in the script for these five motions. The idea being that we won’t ever have to make such a condition again and it will only need to be coded once and left that way.

BASE64 of Motion to make the nu source code available:

BASE64 of Motion to modify terms of custodian grant:

After a lot of experiments:

All three verify. Only two remain. Would be lovely if we could avoid hardcoding anything.