I d love to have this in a BCex

Water level of the Poloniex gateways:

When to lower the spread? Is there a formula?

I have no clever answer for doing that on the gateways, but my gut says:
not before we started selling (significant amounts of) NBT - if ever.
After all the gateway are currently not meant as being regular support of liquidity provision (although I made a proposal for doing that).
They are emergency solutions.

As soon as trading starts to go in both directions (BTC dropping or fluctuating), ALP will pick up activity and offer funds at a tight spread.

If that doesn’t happen automatically (BTC rather stable or rising even more), we should try to revive it with ALP operated at an increased spread, that gets tightened until trading picks up.

Maybe we should work toward a coherent market-aware spread strategy for all types of T1 walls.

I know already that market awareness will provoke opposition, but I’m damn sure that liquidity provision doesn’t work reliably without it (we see it at the moment):

What we can derive from the current emergency situation and the gateways at a high buyside offset is:

In fact there’s a kind of market awareness, albeit not as a formula, that made the offset of the gateways that big:
the BTC bull market created an immense demand for BTC. The supply of BTC in Nu reserve is limited and so the price had to increase.
As long as there’s no sign of the bull market being over, there’s no reason to reduce the offset. Doing it would just empty the reserves, leaving totally no peg support left.
The fate of the peg would be in the hands of traders.
That doesn’t sound much like a pegged currency.

If the spread would be adjusted by formulas like those proposed by @mhps, the trade volume would suffer from it.
We see less trade volume at Poloniex now for several reasons.
One is that BTC is less volatile and not surging (or nosediving) at the moment. Another one is the offset.
With market awareness, spreads would increase (and decrease) as a function of traded volume, volatility or other parameters.
Seeing less trade volume doesn’t sound attractive.
Having a much more reliable and even cheaper liquidity provision is the benefit of it.

With properly adjusted market aware parameters, there would be no need for gateways (I’d like to keep them as backup - just in case…).
But that means, that depending on the situation, even ALP need to operate far outside 1% spread.
And why not?

If you can’t guarantee a small spread for as long as you wish (forever?), it’s better to increase the spread, if that helps you sustaining liquidity provision at all. 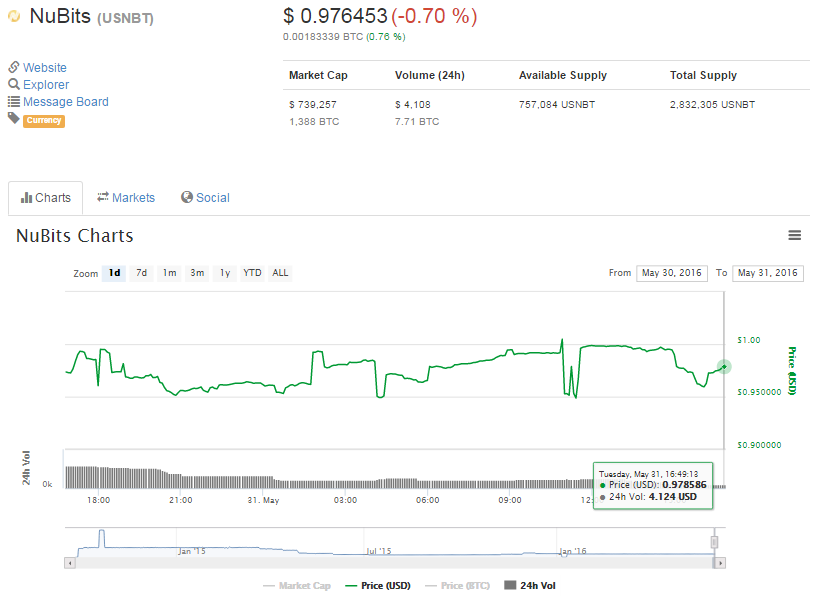 Liquidity according to ALiX

When is the peg considered lost? At no liquidity or at a certain spread?

Do we currently have any liquidity at tight spread?

@JordanLee said high spread is a suicidal tendency. What other measures can be taken? How much liquidity can we provide at a tight spread right now, soon, and later?

When is the peg considered lost? At no liquidity or at a certain spread?

reported buy side liquidity at 3%.

Only if you look at a tight spread, which is not appropriate for the current emergency situation.

If you include buyside orders at an increased offset:

Is there BTC anywhere???

Apparently my CCEDK LP is down for fiat too…that alp software requires 2X daily monitoring - to restart because of errors.

What do you mean?
I seriously don’t understand it.

I meant there are only or less than 1000 usd of buy side liquidity at T1, liquidity that sleeps at spread lower than 1%.

Understood.
ALix is at the moment the situation not reflecting properly (this “moment” lasts for some days already).
The situation is as much under control as possible at this moment.

I would propose to start funding buy side again with BTC from a small part of flot multisig. We could be waiting for a nosedive forever.

Apparently my CCEDK LP is down for fiat too.

It’s not YOURS only. CCEDK terminated their exchange service starting today as announced some 10 days ago.

I would propose to start funding buy side again with BTC from a small part of flot multisig.

What offset do you imagine?
How many BTC?
Why not letting ALP fill the gap with an increased spread?
…Ikr, because of the motion…

I have a second NuBot account at Poloniex that could be operated at a buyside offset between the current gateways and current ALP.
If we want to do that, we (FLOT) should talk about the parameters.

Trying the liquidity provision by trying to revive the buyside is crucial for the confidence in Nu.
Offering a buyside offset, that is too low, will not accomplish that and only make Nu lose reserve funds instead.
What we need is the revival of a dual side trading.

and test it with 2 to 4 BTC and 2,000 NBT?
Although the NBT deposit is not important - there are enough NBT on the market

what do the above lines mean?